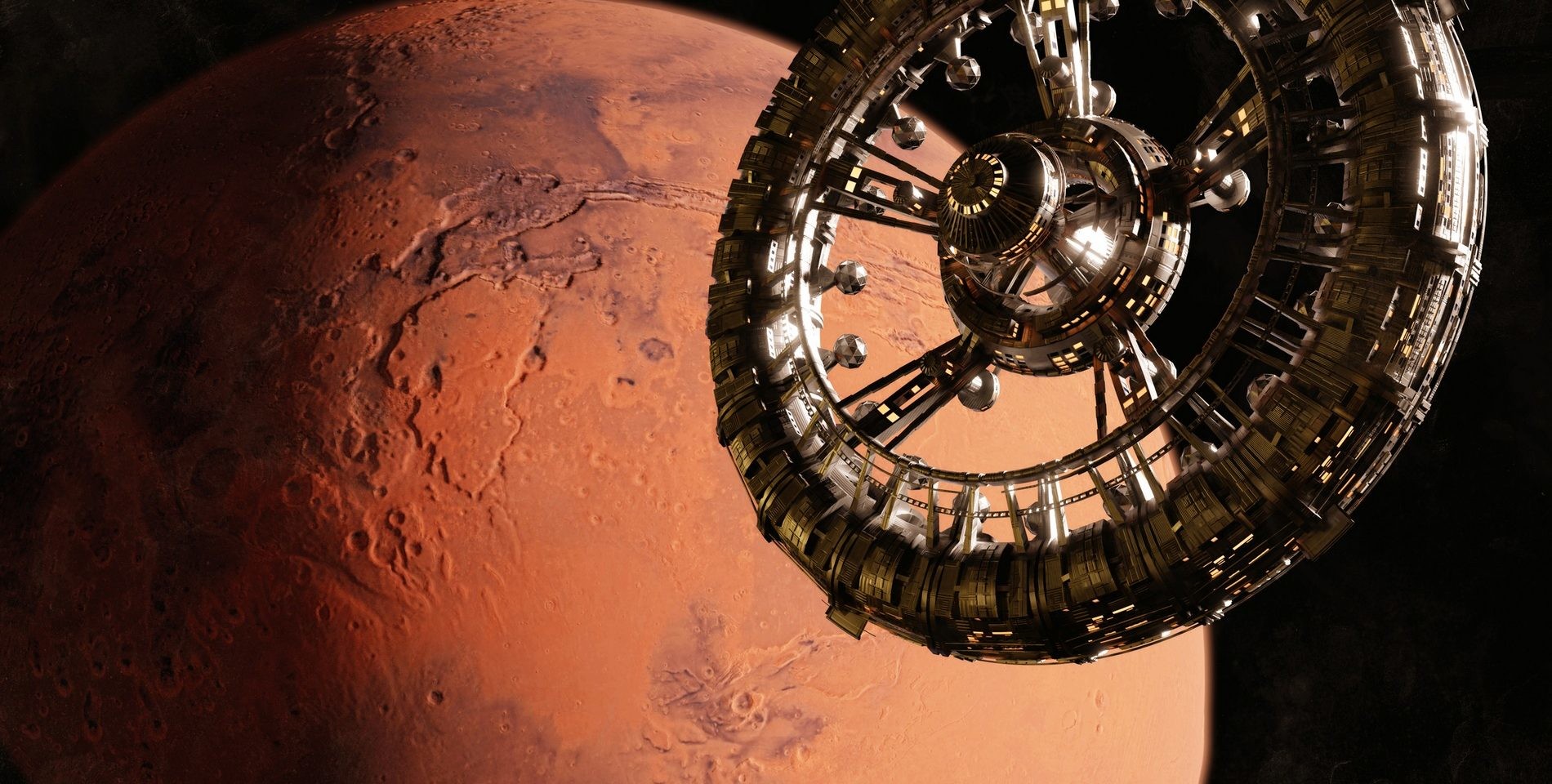 Historically, overpopulation has been seen as a major threat to humanity in some fields of knowledge, including the areas of philosophy or fiction. Not surprisingly, one of the greatest science fiction authors of all times, Isaac Asimov, provided us with a good metaphor decades ago to help us visualise the issue: What happens when 20 people live in the same apartment and there are only two bathrooms?

Shifts would have to be established and this would lead to distrust regarding the time spent by each person using the service, etc. The freedom of being able to use such an essential object would be very limited. That is what Asimov called the bathroom metaphor, to warn, somewhat crudely, about possible problems of overpopulation and uncontrolled birth rates in many places across the world.

The phenomenon of overpopulation exists but, does it really pose a threat to survival and lifestyle conditions on Earth? What can humanity do to alleviate the effects and to ensure Human Rights are not adversely affected?

These questions have already led to irreconcilable differences among experts. While some believe that possible solutions lie in our power, others look to the sky in search of an escape route. The fact is, never before had the subject of colonising other worlds been discussed so seriously as in the latter part of this decade. 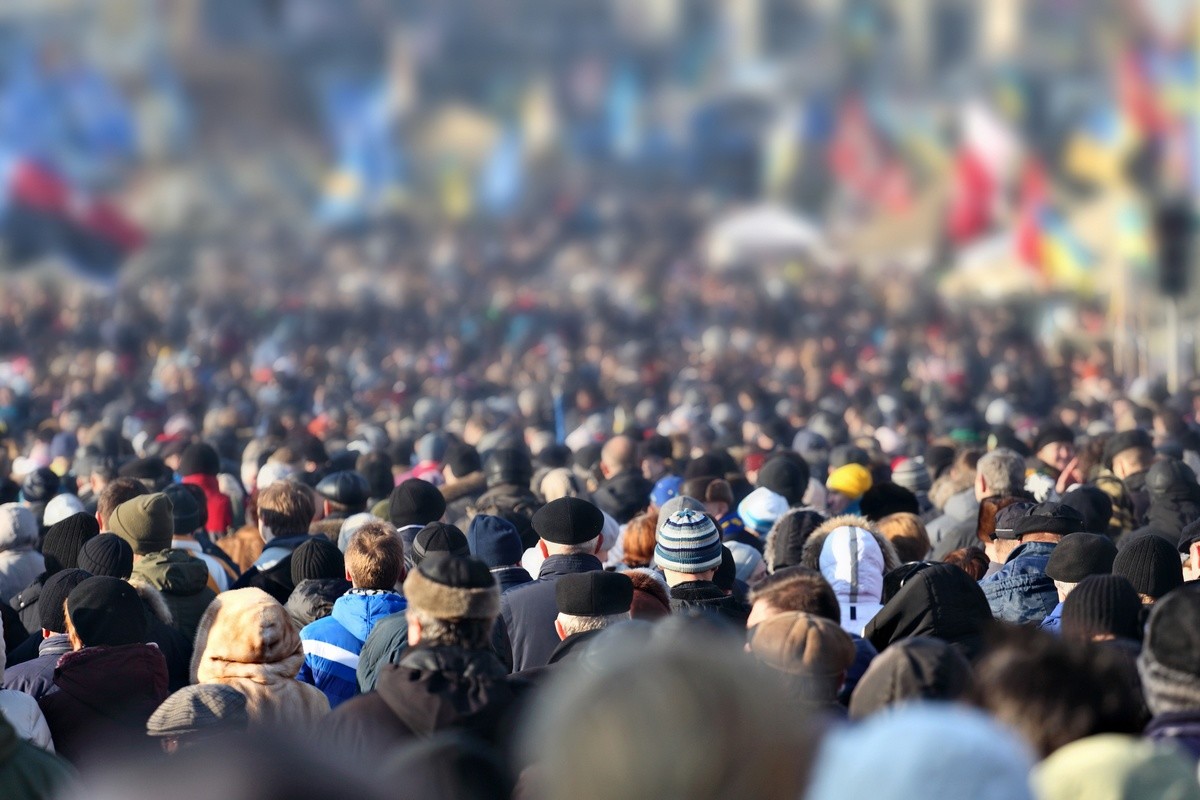 The United Nations indicates that the world population is projected to reach 9 billion in 2050. This would mean doubling the number of inhabitants on the planet in just 70 years. In the distribution between continents, Asia would accumulate 5.3 billion, Africa 1.8 billion, Latin America and the Caribbean 809 million, the United States and Canada 392 million and Europe 628 million.

Major cities would bear the brunt of this increase. 68% of the population will live in cities by 2050. The large-scale analysis of these types of data has been a concern over the last two centuries and even during the pre-industrial era, with Thomas Malthus’ predictions on population growth and his famous work An Essay on the Principle of Population. His demographic theory predicted the extinction of humanity by 1880.

This type of alarmism has continued throughout history. In spite of everything, the requirements caused by the exponential growth of the population should not be underestimated, bearing in mind Asimov and his bathroom metaphor.

Solutions to the phenomenon of overpopulation

Population growth and large urban concentrations will have an impact on countless aspects. The threats exist and they are already associated with: population impoverishment, more unequal societies and greater risks for sustainability. By the same token, smart cities are proving to have real solutions to these problems. 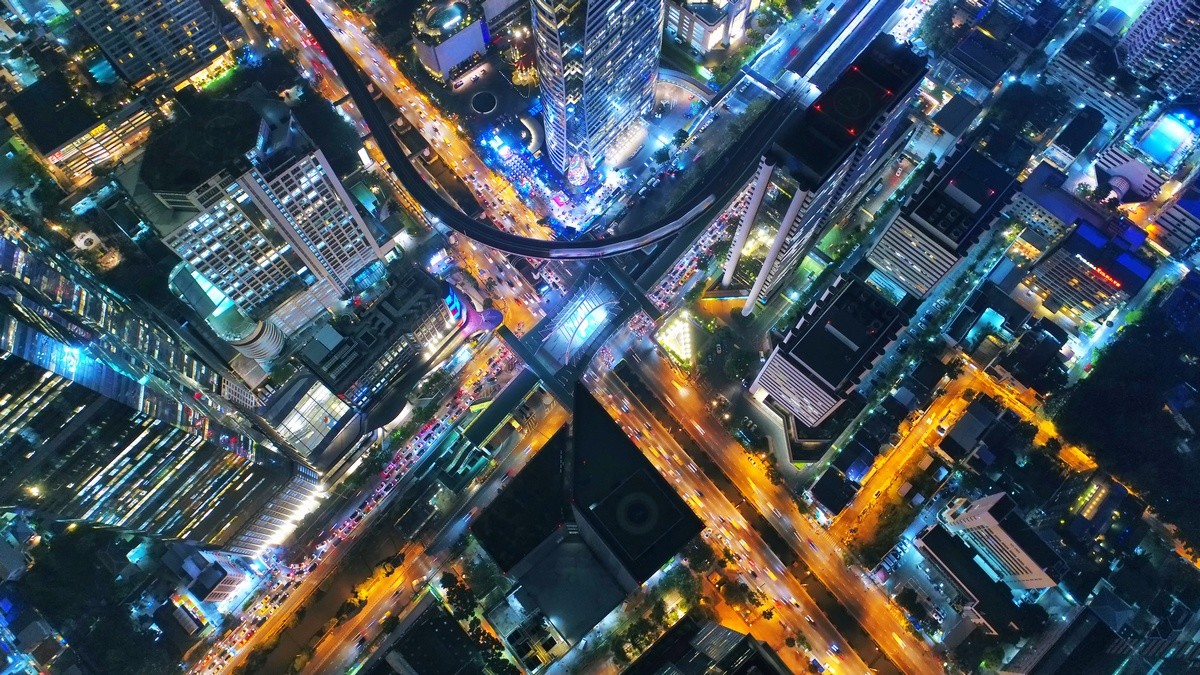 These can be found in numerous technology disciplines, such as advanced data processing. Enhanced management of data through Big Data favours the exchange of knowledge and fosters more efficient and viable services and infrastructures from an economic point of view. This collection of data forms the basis of projects such as the EU Framework Programme. One of its main initiatives is the installation of 20,000 sensors in four cities in Europe.

Sustainability and reducing contaminating emissions, so in vogue in recent years, is another example of how the increased population requires changes in city transport systems. Just 20 years ago, it was impossible to imagine that cars would be removed from city centres or that private transport would be based on electric, shared and autonomous vehicles.

These are concepts that are becoming a reality with an eye already on the next step, urban air transport. These are just a few examples that prove the incredible adaptation of cities to accept the great challenges that come with high population growth.

The bathroom metaphor relates perfectly to the phenomenon of co-living and the essence of sharing. Will it be a mandatory option given living costs or will it be chosen with economic freedom? The physical boundaries of cities are unmovable, but efficient management of resources still has a great deal to offer.

The stars, our destiny?

The utopian dream of conquering space appears to establish the opposite. That is, a whole host of resources need to be used in order to achieve the benefits of alleviating the negative effects of overpopulation in the very long term. Despite this, many great technology gurus of our time champion looking to the stars. In fact, some believe it may be the only solution when the time comes and we cannot afford the maintenance costs of those broken items in our bathroom. 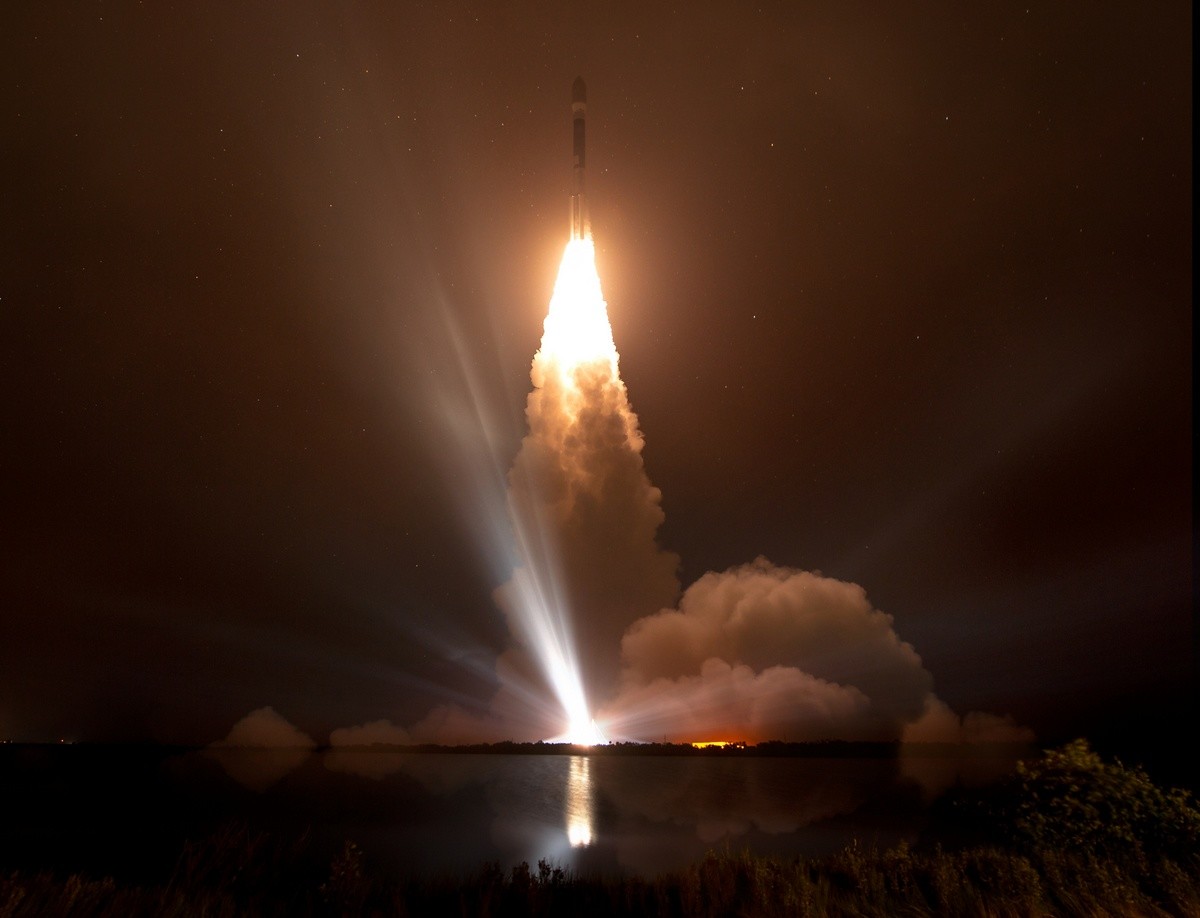 This is the case of Jeff Bezos. The creator of Amazon is, today, the richest person in the world. His net worth of $150 billion corroborates this. He believes, along with others, that in order to save Earth, we need to conquer other planets. A self-confessed science fiction enthusiast, he has provided all the mechanisms available thanks to his economic empire, creating Blue Origin.

Blue Origin’s future plans not only include sending people to space, starting with the colonisation of the moon, and the entire investment will not only be directed at a pillar of planetary economics, but such is his blind faith in space that his army of 1,500 workers and its creator will form an active part of what would be one of the most important chapters in the history of humanity.

SpaceX and Blue Origin are just the beginning

If in the 20th century space exploration was an issue that was funded with public money, the 21st century has proved that private investment is more interested than ever in surpassing the limits already reached. Another memorable example is Elon Musk and the space company SpaceX, which already has Mars mission plans underway. On the website and in the words of Musk, is what could be considered a slogan:

You want to wake up in the morning and think the future is going to be great, and that’s what being a spacefaring civilization is all about. It’s about believing in the future and thinking that the future will be better than the past. And I can’t think of anything more exciting than going out there and being among the stars.

Another industry giant and another world to conquer (Mars), but the same idea almost converted into a doctrine, like an irremediable prologue to an epic adventure that is going to begin. Behind the complex panel of parts required for space to become a viable solution to the problem of overpopulation, lies a question. Is it a realistic escape route or is it just the megalomaniacal logic of the millionaires behind the idea?

Spatial haste or an opportunity before it is too late? 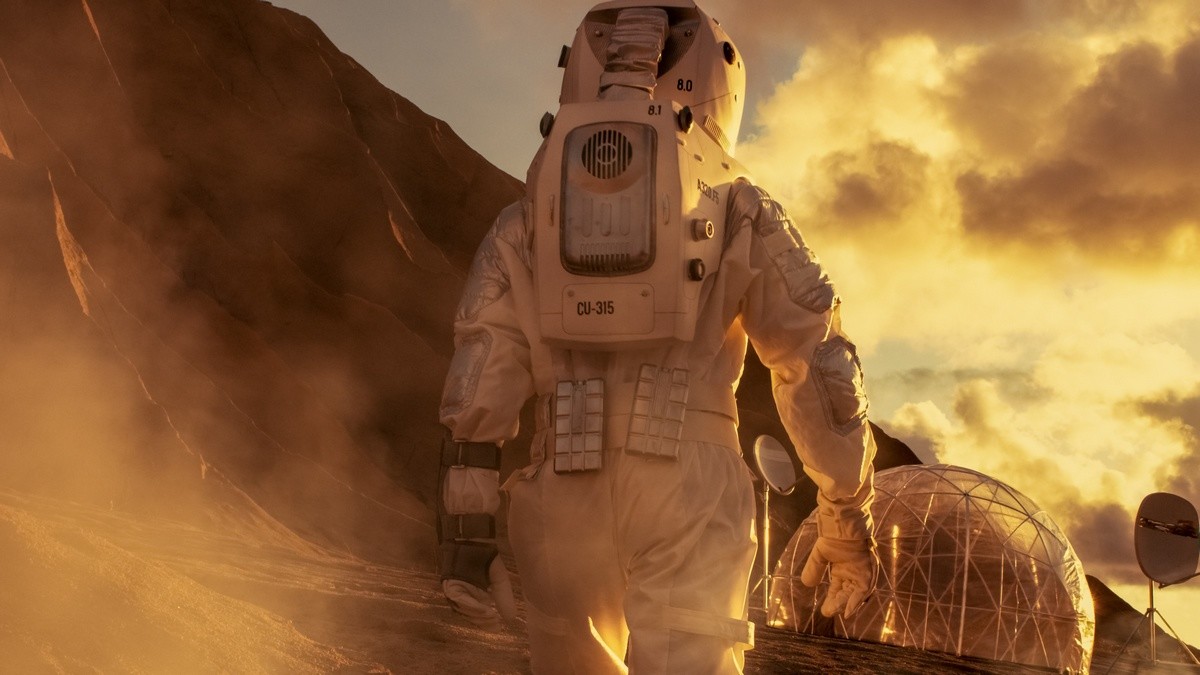 The second option is the one chosen by some cosmologists such as Martin Rees (Cambridge University). They believe that conquering other worlds such as Mars to solve our problems is a mistake. Because, the cost of solving the current colonisation and terraformation obstacles is… too high.

Rees believes that the Mars dream is a dangerous delusion because it will be a more hostile environment than the top of Everest or the South Pole. Dealing with climate change here on Earth is far more important that terraforming Mars, according to the scientist. This coincides with the opinion of other experts, who list the obstacles of conquering space and the potential mistake of spending so much money on the space programme.

The urgency resulting from phenomena such as overpopulation in terms of escaping from our bathroom is relative, depending on the perspective from which one looks at it. What is clear is that the adaptive capacity of human beings is writing a crucial chapter with smart cities. Thanks to these, the colonisation of other extra-terrestrial worlds will continue to be an option, but not the only one. 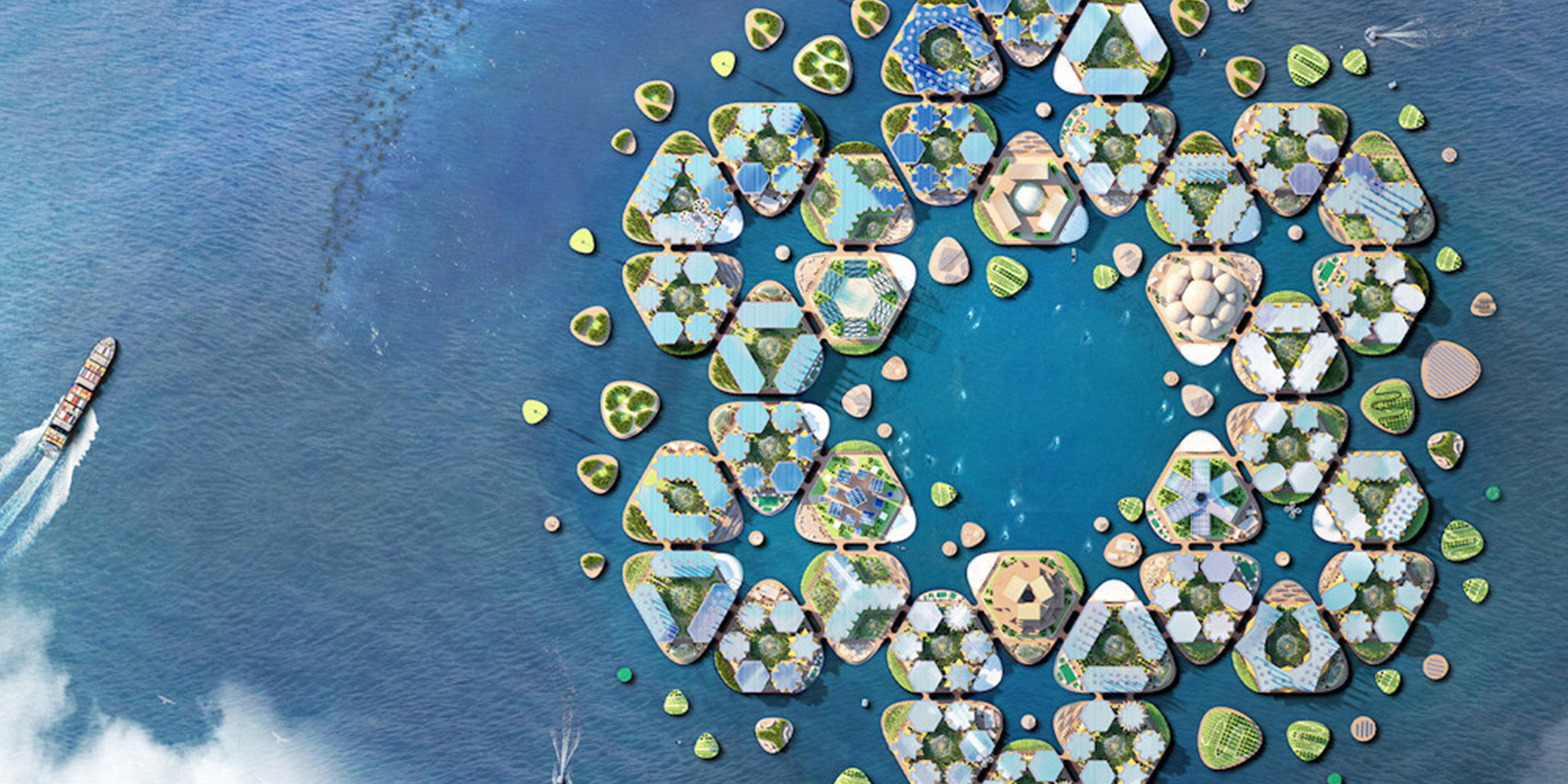 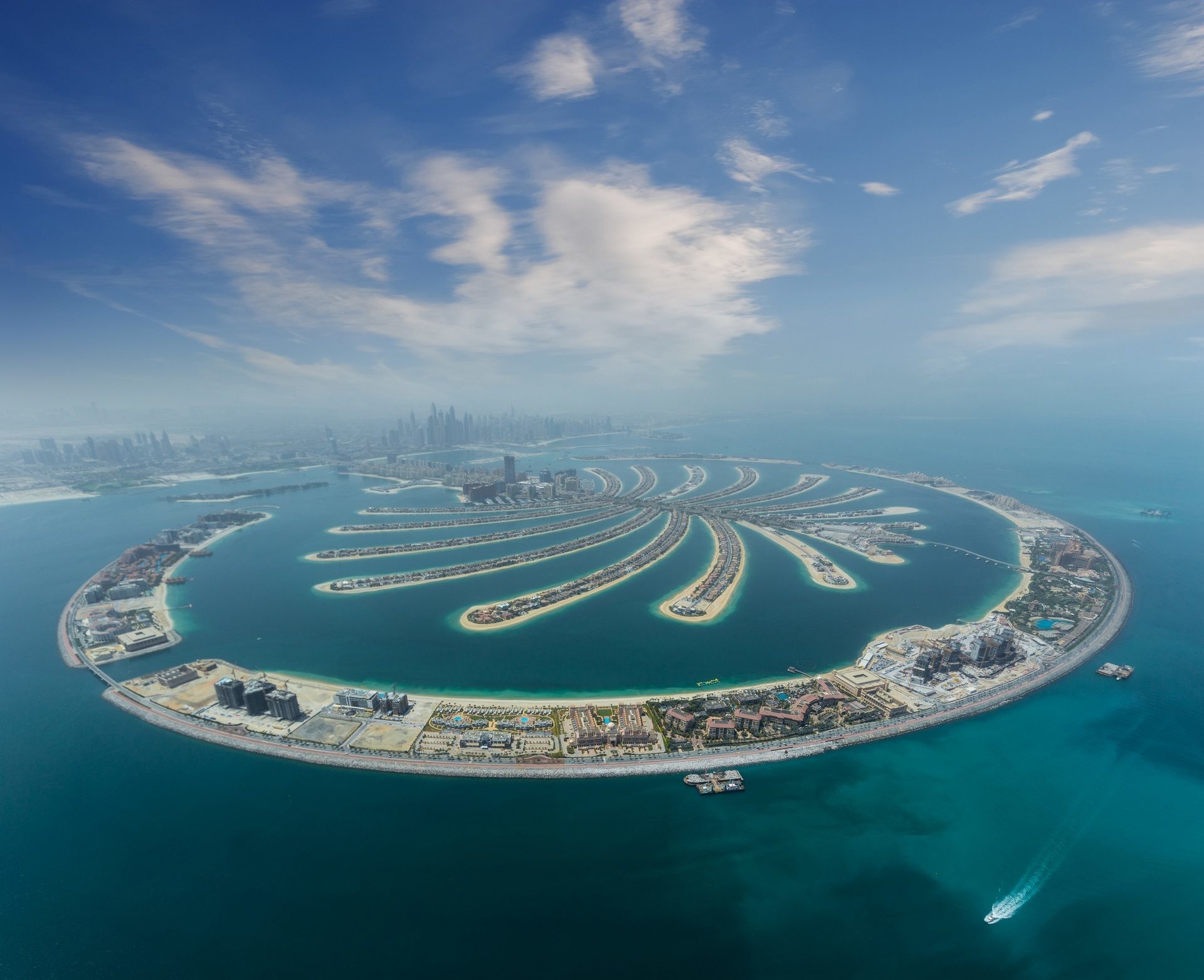