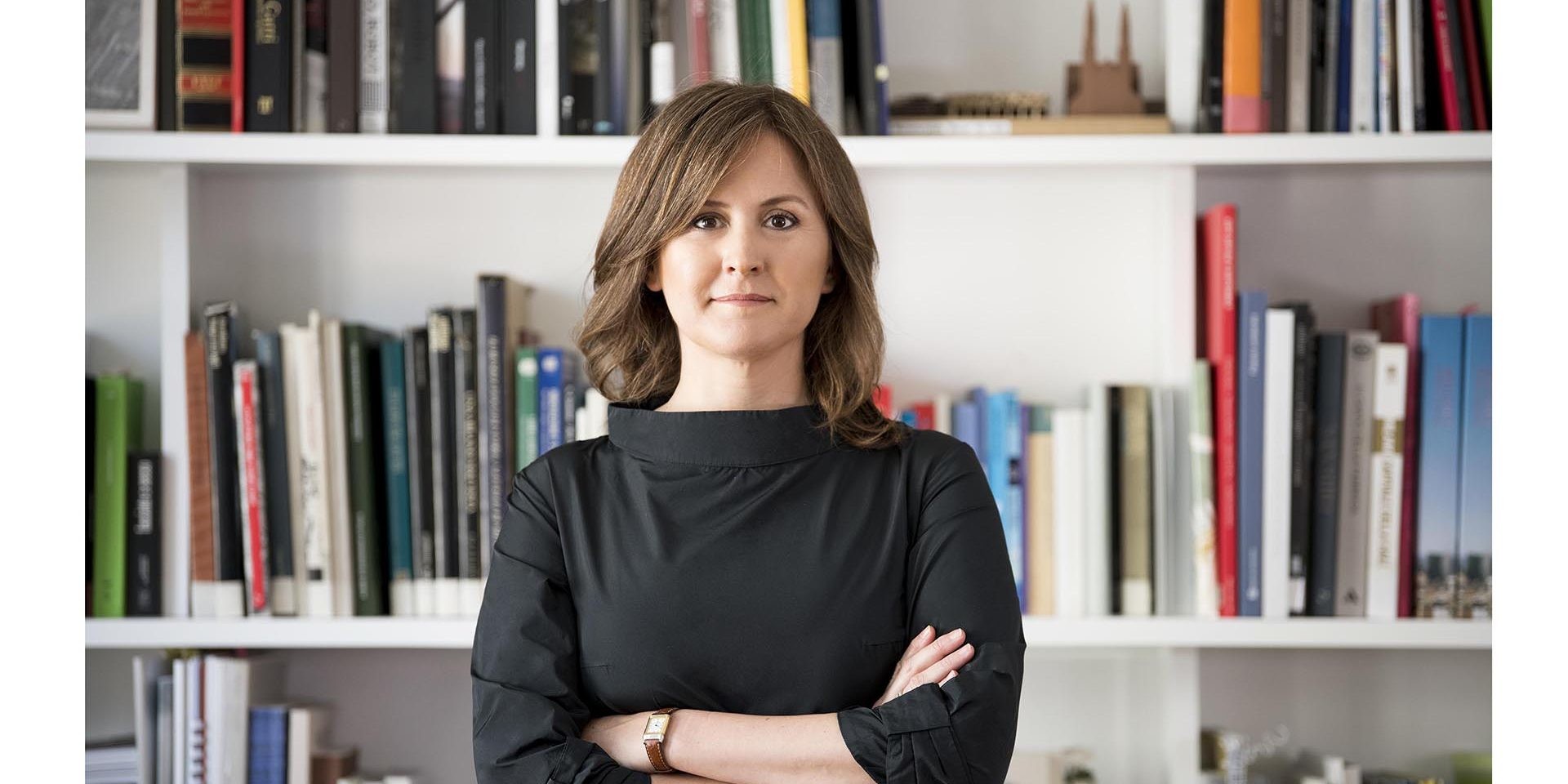 Francesca Cesa Bianchi is a partner and project director at Stefano Boeri Architetti, an Italian architecture studio that has managed to introduce nature into buildings and cities around the world. Its two main projects, Vertical ForestING and Urban Forestry, have already left their mark in Europe, Asia, America and Africa.

The architect discusses these projects with us, the importance of renaturing cities and the impact that her call to action is having at a global level.

Where did the idea of introducing trees and forests into cities come from?

The project began with the first prototype of vertical forest in Milan (Italy) in 2007. The idea was basically to create a new generation of tall buildings and towers that included nature in their design. Since then, we have created more projects with nature on the building facades, but also cities and neighborhoods with the same approach. They are urban forests. 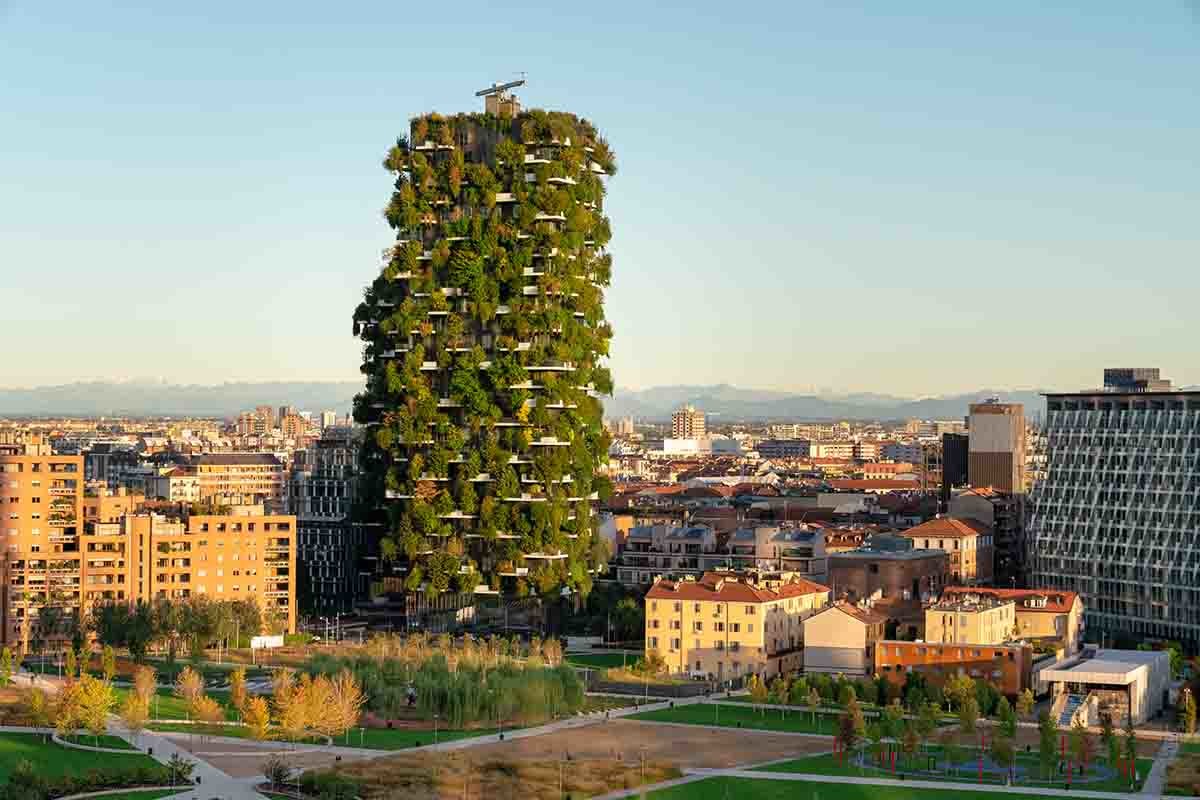 What are the environmental benefits of integrating nature into urban environments?

Our approach is based on the idea that cities are behind many of the causes of climate change. They are also the places in which the consequences of climate change are more severe. Introducing green elements into cities is a way of increasing the quality of life of their residents, by reducing temperature and pollution levels. They also enable buildings’ consumption to be reduced as well as their emissions.

This translates into economic savings for the cities’ inhabitants.

Exactly. The impact of vegetation on the building in Milan, for example, is quite high. During the summer months, when it is very hot, the need for air conditioning in the apartments is lower than in other buildings, since the plants create shade inside them.

Apart from the building in Milan, you have other projects in cities around the world. Are there any particularly interesting ones?

We are seeing how the project fits in to these types of properties, which have a low construction cost. We can compare it to the one in Milan, which is a luxurious building and study how we can maintain the quality of the properties, the open spaces and the vegetation in other types of buildings. 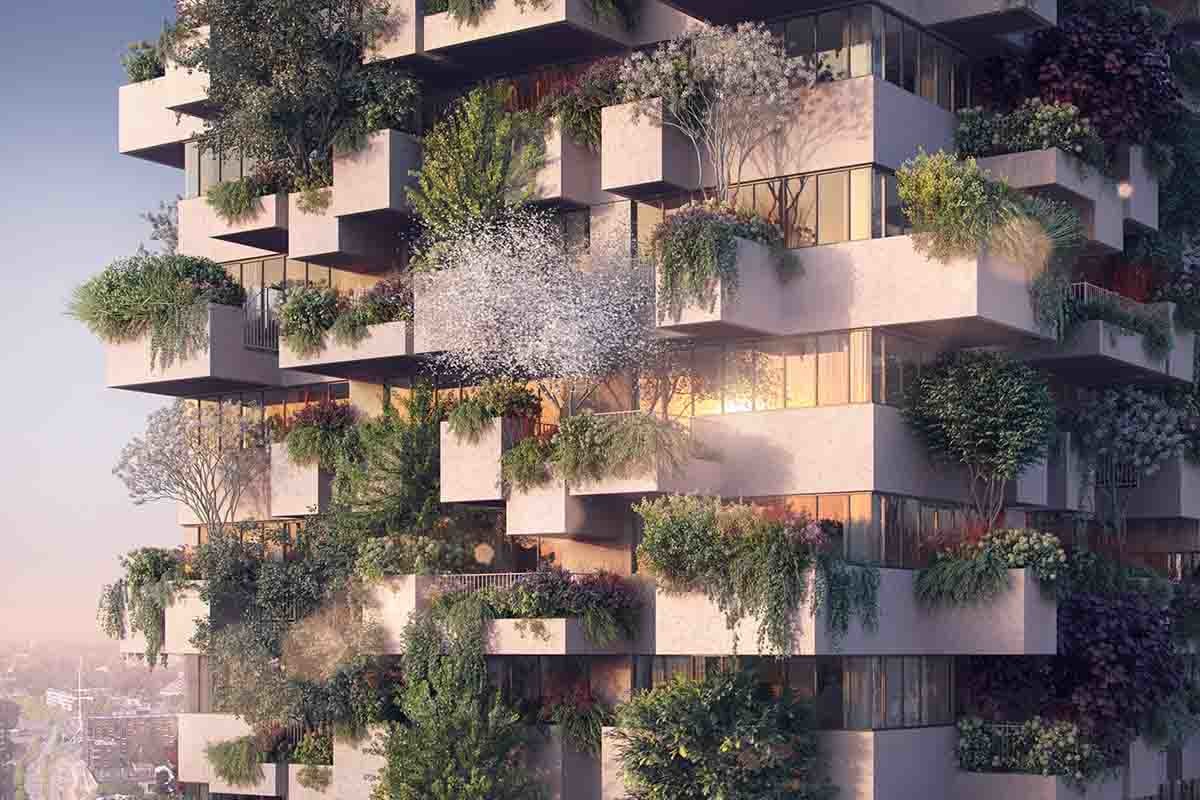 Could they be a solution for densely populated cities?

I think they are a good solution. There are always aspects that can be improved in terms of sustainability, but the final objective is to have zero carbon buildings that can be autonomous and sustainable. One solution is to build them using wood, so the building is totally sustainable.

What other elements do you introduce into cities to transform them into Urban Forests?

We propose various strategies that can be combined. Our aim is for public spaces, such as squares, to have more trees and plants and less cement. We open new lanes for pedestrians or public transport, where nature can also be integrated. Another option is to make rooftop gardens or green building facades. In Tirana (Albania), for example, public buildings now have green roofs.

Our main projects are in the Albanian city and in Milan. There are some in other cities such as Cairo (Egypt). Some seek to make existing cities greener and others are designed to be included in new urban areas, where we create spaces based on sustainability criteria. Overall, they are changes that affect thousands of people.

Do these green areas allow the organization of cities to be optimized? If so, how?

Yes, in fact, our work in terms of cities, seeks to improve mobility and sustainability and connect them with green spaces. This involves creating pedestrian streets and other ways of generating energy.

For example, for Tirana, we proposed planting two million trees around the city in order to define the urbanization boundary and to include natural parks in order to preserve biodiversity. The transformation of the city also fosters sustainable mobility, with the integration of lanes for buses, bikes and pedestrians. Other initiatives bring agriculture back to the city, with spaces to accommodate it.

We also designed a system to produce energy and other water distribution systems. The complex is a mixture of elements that favor the optimization of the city. 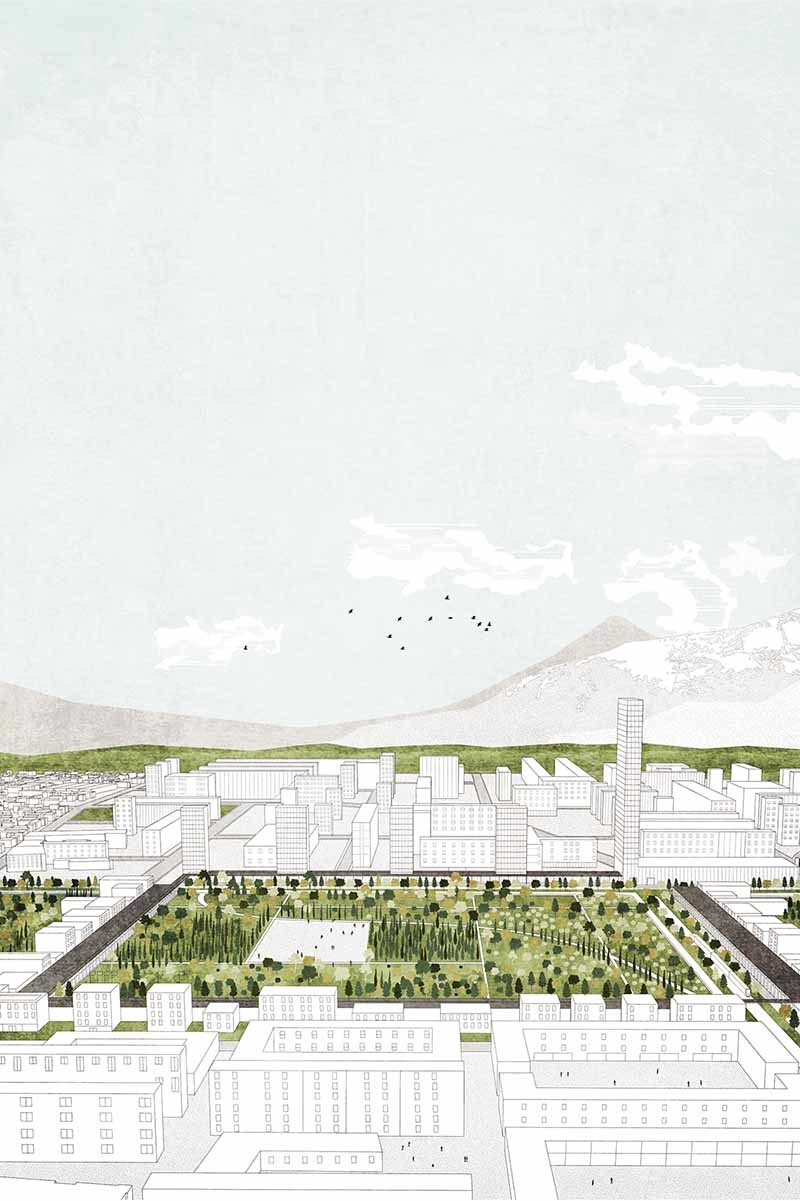 Do these measures help improve peoples’ quality of life?

Absolutely. For example, in Tirana, after developing the project three or four years ago, the municipal government planted thousands of trees. Kilometers of bike lanes were also created, which is encouraging people to spend less time at home and use bikes. People’s quality of life in the city is gradually improving.

Years ago you issued a call to action encouraging architects, urban planners, politicians, landscape designers among many others, to join your proposal to integrate nature into cities. Did it have a local or global impact?

The best example of this is the project we are carrying out in Cancun. We started this project because the client saw our video and decided to opt for a new generation of buildings and cities that make a difference, instead of choosing the traditional design. This is proof that our call to action has had an impact.

Since we launched this call to action three years ago, there have been more initiatives. In November we held a forum in Milan with various experts: leaders, architects, urban planners, etc. We analyzed and discussed how to create the best cities. We also considered this to be a success and we believe it has a positive impact.

Have you noticed that people are demanding more green spaces and sustainable solutions?

Yes. It depends on the country, but an increasing number of people are demanding to live in sustainable spaces. In terms of cities, politicians have an important role to play in this regard. They are responsible for guiding citizens to be more sustainable and also to transform cities.

For you, as an architect, what are the main challenges of this project?

The main challenge is working with clients so that they understand what we mean by vertical forest. It is not a normal building and numerous technical aspects need to be taken into account.

Do you think nature humanizes cities?

Yes, in fact, various studies have been conducted that analyze the importance and influence of parks and green spaces on different contexts and cities of the United States and Europe. In general terms, they lower crimes rates and invite us to socialize. 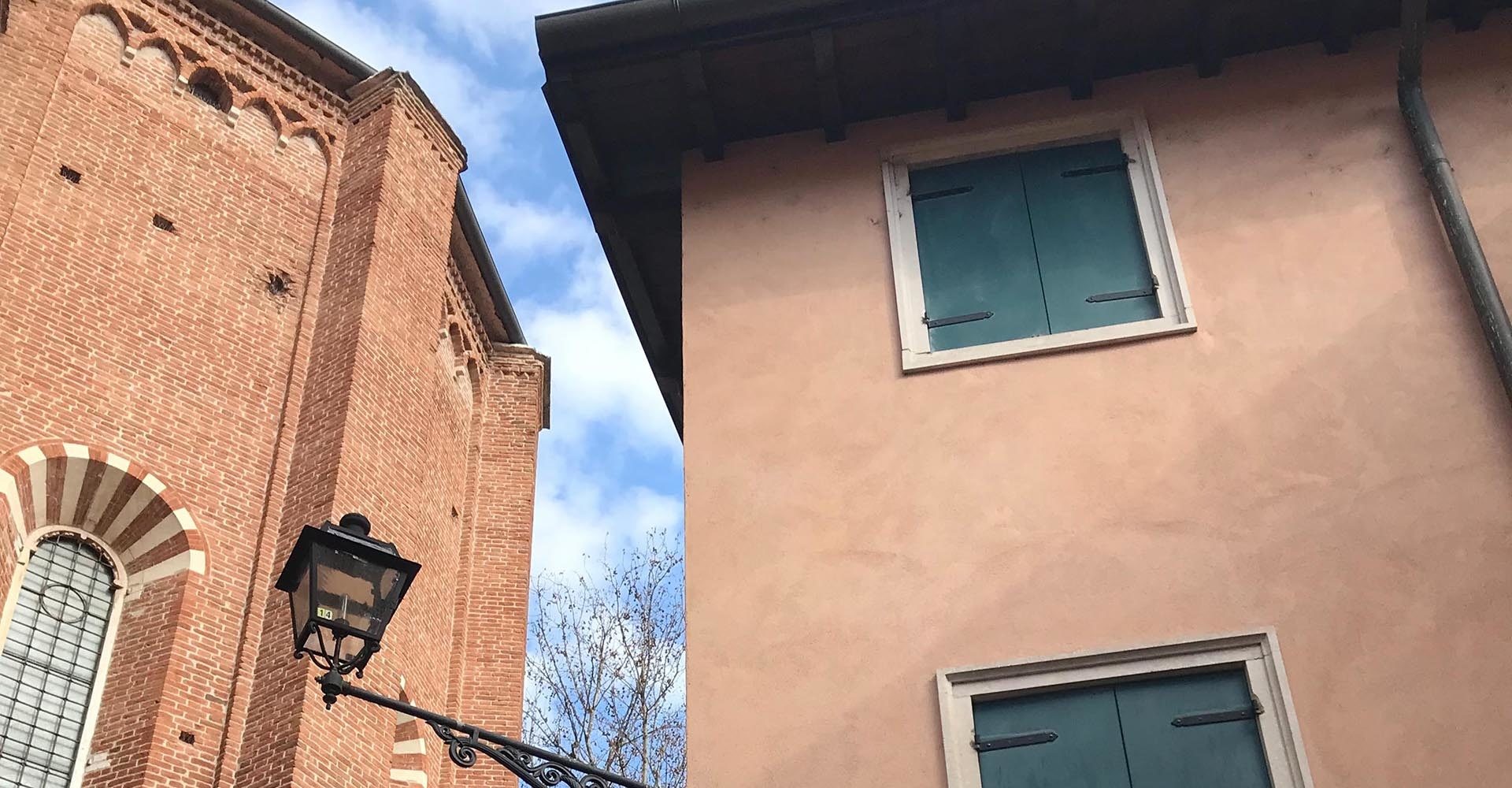