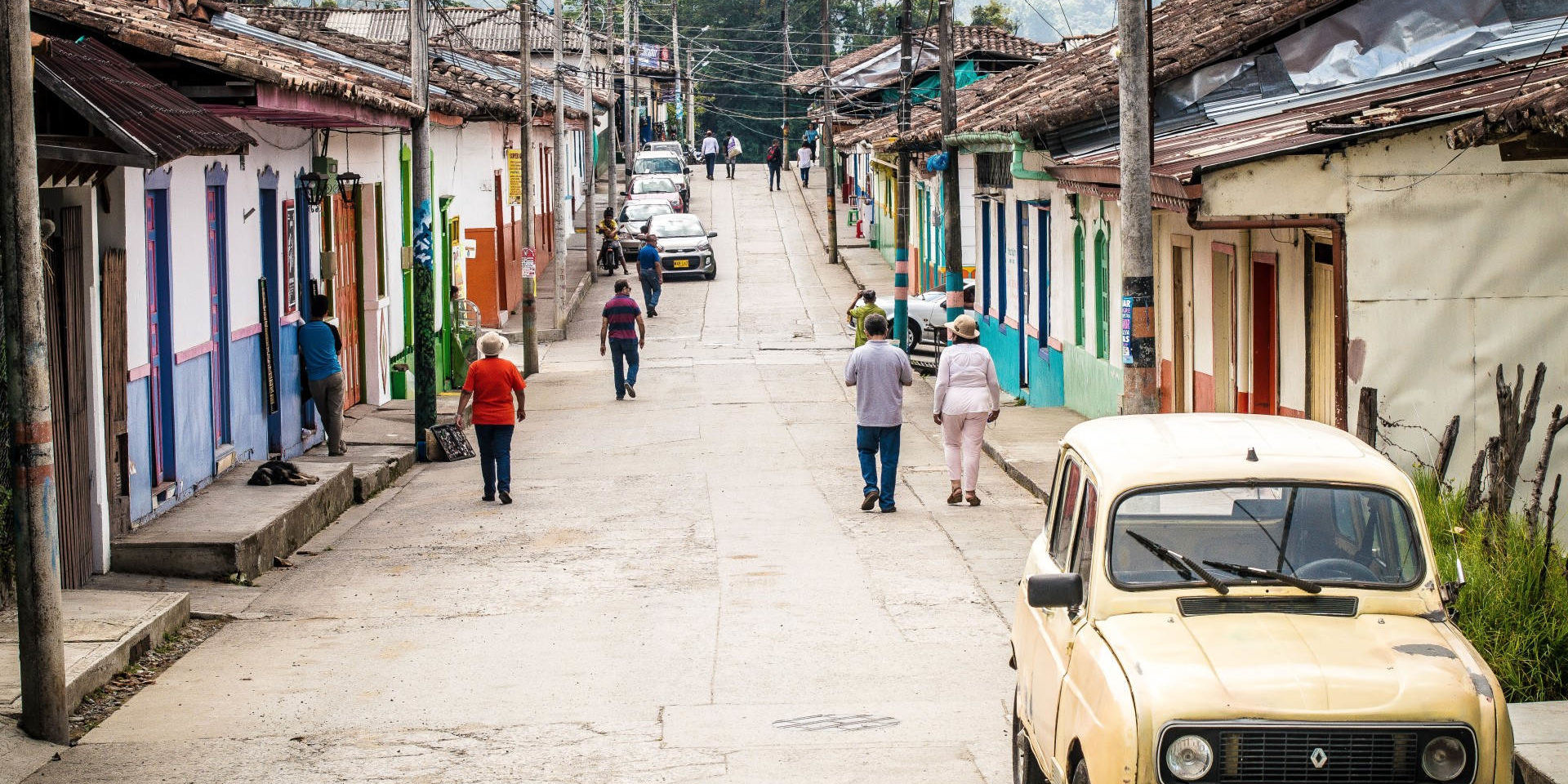 A few years ago, for work reasons, I visited what was then one of the five most violent cities in the world -one of the 43 Latin American countries included in the top-50. When I landed, and as soon as I had gone through immigration in the airport, I was picked up in an armoured 4×4 vehicle. The person that collected me was an engineer, whose public or private life did not warrant special security, yet an armoured vehicle was her normal way of getting around the city. On the way to the hotel, in one of the more desirable areas of the city, she warned me “do not walk any further than that shopping centre (barely 150 m) and never stay out any later than 17:00”. In just a couple of hours in this city, my hopes of discovering it by myself were reduced to two windows (the hotel window and the car window) and in a “controlled” environment: the metres that separated me from the shopping centre. The rest was out of bounds.

During the week that I spent there, thanks to the fact that I skipped the rules and went beyond the control area -at different times of the day and on different days, but I was never out later than 17:00-, I discovered that the urban experience of its residents was similar to mine: they lived through the windows of their homes or their cars, as I saw very few people out on the streets when I went for a walk.

The aim of this trip was to discover the smart initiatives being applied in these cities to reduce their violent crime rates. So I met with the mayor and his team of international advisers. The mayor was a charismatic person, with high leadership capacity and he truly believed that a smart city was the way to go. They (all of them men) proudly and with sound technical knowledge, explained the deployment of sensors, cameras, smart lighting, free Wi-Fi and autonomous electric vehicles that were to be implemented in order to, among other objectives, control crime and attract and retain investments.

At the end of the meeting, I felt like I had been at the presentation of technological gadgets for cities, but that they were not connected to their urban and historical context: a city which, given its topography and climate, is perfect for cycling and walking, but nobody does it. There also used to be a tradition of sharing and enjoying the streets and the squares, which now, because of the violence, were deserted.

Three days after that meeting, I was driven back to the airport in the armoured 4×4 vehicle with the same bittersweet taste that I tend to get -more often than I would like- when I visit one of the other 43 Latin American cities that are on the list of the most violent cities in the world: cities that want to solve their problems by installing chips in the street when the trend in the field of smart cities focuses on creating environments in which people can enjoy public spaces and ensuring that the management and decision-making processes in the cities are smart and inclusive.

My professional curiosity makes me keep informed of what is going on in that city and I can see how the technology they talked about in the meeting is sharing the limelight, without ever disappearing, with other projects such as improving parks, building cycling routes and new citizen participation processes.

This city still appears on the list of the 50 most violent cities in the world, at the end of this list, but the fact that the hospitals are attending to half of these victims is, without doubt, a great step forward in making it a safe city.

In this regard, as I wanted to understand how the commitment to become a smart city had helped it reduce its violent crime rates, I came across a number of elements that caught my attention, not because of the exceptional nature of them, but because they coincide with other cities, which experts classify as the characteristics of “smart cities in Latin America”:

• Prioritisation of investment for improving public spaces with the aim of getting more people -in terms of quantity and diversity- to feel safer and for longer periods in such spaces.

• Redesigning the administrative structure of the city in order to identify, among others, the phases of decision-making processes, where citizen participation provides added value (or not) -this involves accepting that this participation is essential if it is to become a smart city.

• Generating a medium-long-term project that excites the population and with a leadership that can be clearly identified and, particularly, that gains the trust of the academy, society and the private sector.

In Latin America, which is the most urbanised region of the planet, perhaps they should focus their efforts on aspects such as the quality of public spaces

This city still has plenty of challenges to tackle, which it shares with the rest of the region, for example, making them more inclusive or defining environmentally and economically sustainable waste management models. By choosing technology to address these challenges, cities are sure to make great progress, but in Latin America, which is the most urbanised region of the planet (84% of the population living in cities in 2017), perhaps they should focus their efforts on aspects such as the quality of public spaces, efficiency in participatory and decision-making processes, without ignoring the role that technology can play in this process. We cannot forget that intelligence is the ability to choose the best options and that technology is just one of these options.

Oscar Chamat is a senior consultant in urban innovation currently working for the Barcelona Council for the bike lane network expansion. He is also a lecturer of smart cities in Colombia and co-produce CiudadHub, a podcast about innovation in cities.