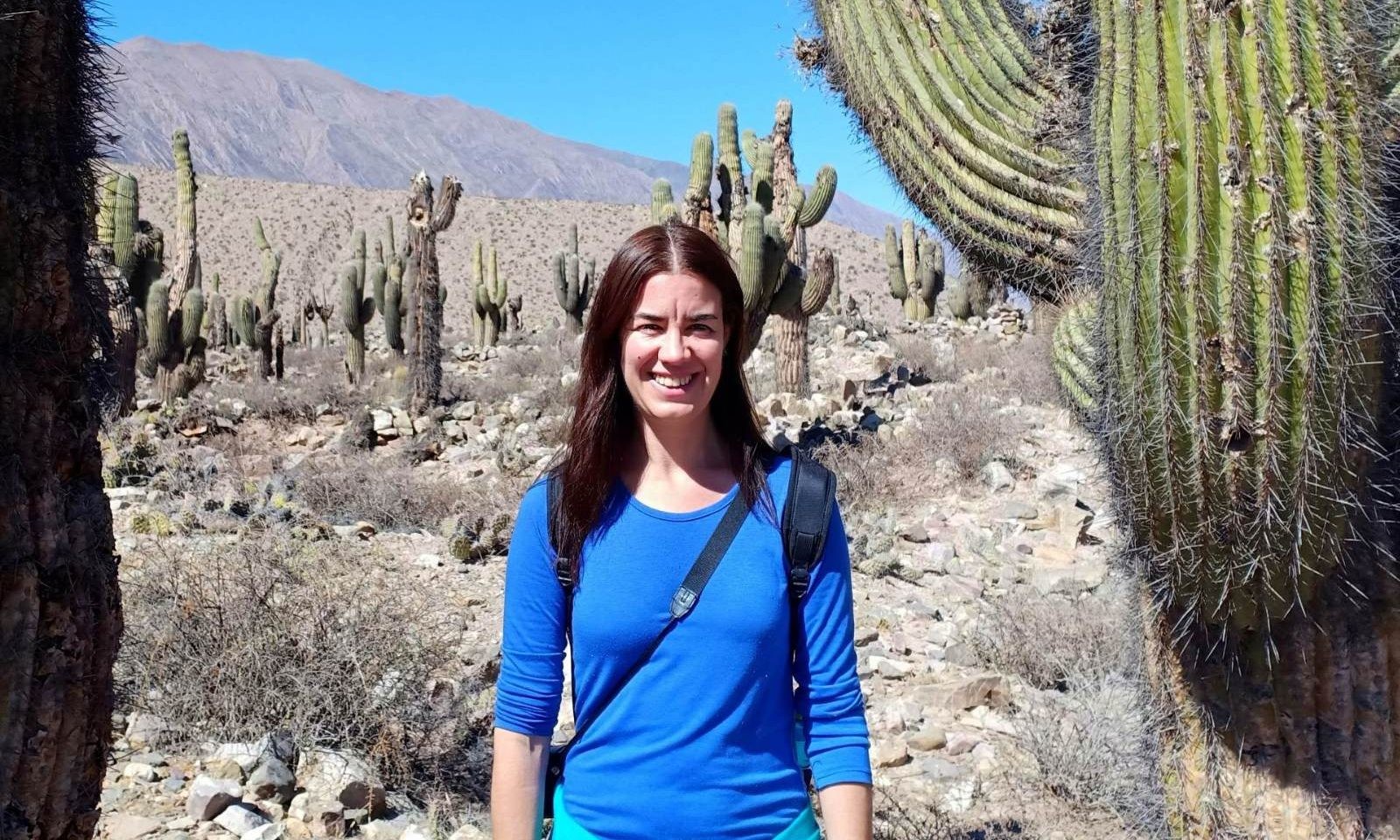 After completing her studies and working in educational institutions including the University College London, School of African and Oriental Studies, Free University Berlin, National University of Cuyo, National Scientific and Technical Research Council of Argentina and the Ministry of Environment and Sustainable Development of the Government of Mendoza, in 2013 Sonia Roitman joined the University of Queensland, in Australia, where she works as a teacher and researcher.

Her research projects examine urban social inequalities, and in particular how inequalities manifest and are reproduced in cities through diverse issues such as housing policies, land tenure, informal settlements, the availability of infrastructure or the development of gated communities.

There is not an unique definition of “gated communities”. But there are specific elements that characterize them. Firstly, they are residential complexes that are surrounded by walls and barriers, restricting access through the use of security devices (barriers, security guards, and CCTV cameras).

In most cases, they offer good quality services and infrastructure, which include parks, recreational and sports areas and, in most cases, a clubhouse. Residents must pay a maintenance fee for these services, which means it is not always economically feasible to live in these residential developments and therefore, the residents tend to be middle and upper middle class citizens. They also have their “own government”, which is a local committee, usually made up of residents, who have decision-making powers and regulate life within these residential developments through internal regulations.

In general, there are more gated communities in suburban areas, because they require considerable big areas of land, which is more expensive and harder to find in central urban areas.

Are they a modern phenomenon or have they been around for a while?

“Walled” cities have existed since the Middle Ages. And humans, throughout history, have developed strategies to “defend” themselves. It is what some people call “defensive urbanism”. What is new in the case of gated communities is that they emerged as a type of residential environment sought by particular social groups in the 1980s and 1990s, depending on the region.

Why were they popular during that time? This has to do with social values during a period that was, and still is, a time in which individual and conservative values like “every person for him or herself”  were extremely prominent and where social differences, whether these were economic, racial or religious, were seen by many as something negative and threatening, which residents needed to protect themselves against.

Can gated communities exist without those architectural elements, but with more subtle segregation elements?

In the case of gated communities, their main characteristic is the physical enclosure, restricting access, which clearly distinguishes between those that can enter and those who cannot. There may be some gated communities where this physical element is more subtle, achieved through their geographical location. For example, I once visited a gated community in an Asian city, which could only be accessed via toll tunnels and had also security guards, because it was located on an island. The island did not have any perimeter enclosure as it was an island!

Are there any countries where these this type of development is more common or can gated communities be found anywhere in the world? 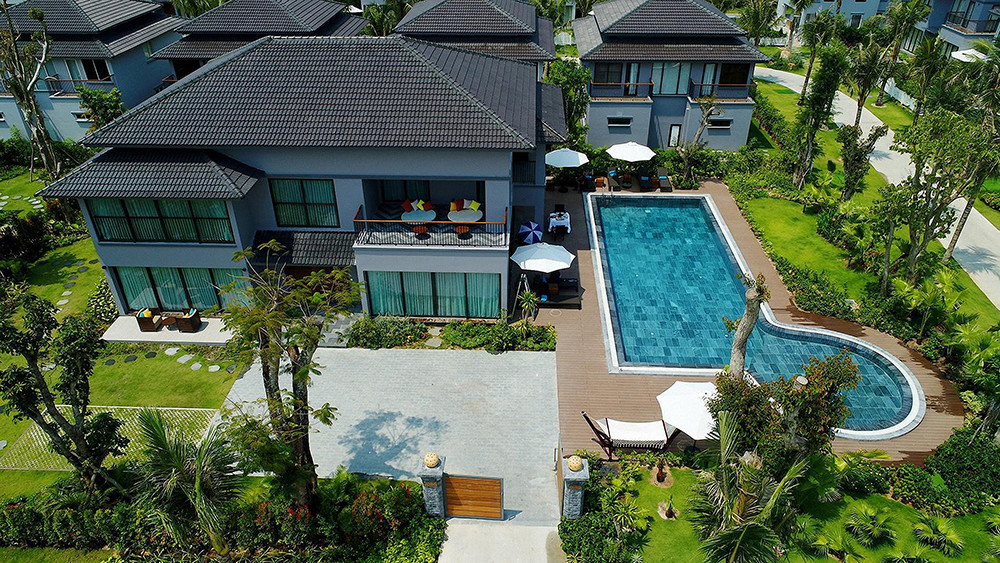 Why do people want to live in gated communities?

The first reason for people wanting to live in gated communities is safety. These are people who feel unsafe in cities and want to feel protected in this type of residential development. A common answer is: “I want my children to be able to play in the street”. There are also people that want to have access to quality urban infrastructure and services, for example, places to practice sports, safe and well-kept green areas, without sound or air pollution.

Apart from these reasons, many gated communities are elements of social distinction and this is an extremely important issue for some families. They want to show that they are part of the ‘winners’ (of this economic system) and that they have good social networks. They also seek to distance themselves from people belonging to other social groups, which they consider to be dangerous, for example, poor people, delinquents, blacks or Latinos.

Who are the main supporters of this type of residential development?

Firstly the private sector, the real estate developers, who sell this type of housing as an “idyllic” place for families to live a relaxed lifestyle and where, in some cases, people would feel they are living a very different lifestyle to that of the open city. Developers have done a very good job in promoting this type of housing. In some cities it is even hard for a middle or upper middle class family wanting to purchase a property, to find an alternative outside of houses within gated communities.

Furthermore, the local government, which is in charge of granting building permits and allowing new gated communities to be built, is an important promoter of this residential type. There are cities in which this form of housing is encouraged because, in a way, it releases the government from having to take responsibility for the provision of services and the maintenance of the areas within the gated community grounds, for example, security and green spaces. In some cities, but not always, gated communities might also generate higher municipal revenues, but this depends on the tax structure of each country.

Gated communities tend to have internal rules. Is this compatible with the general laws of the city?

Most gated communities have internal regulations that govern the everyday lives of their residents and people who work within. They establish social and construction rules and what can and cannot be done. For example, rules regarding the design of houses, the hours at which social events can be held and conditions that must be met by “non-residents” who access the gated community, the permitted speed on their streets, the number of pets allowed, among many others. It is a more regulated and controlled lifestyle, because control is an essential element in this type of residential development. Many of these rules encroach on individual freedom and for many people it would be impossible to allow them. Other people get used to them without any problem, or they simply prioritize personal safety or social distinction over an overregulated lifestyle.

In some cases, incompatibilities may arise with regard to the rules and regulations of the city, which apply to all citizens. For example, many gated communities allow people to drive vehicles under the minimum driving age, particularly “quadricycles” or “golf carts”. This is not allowed in the “open city” and the problem arises when a traffic accident occurs within the gated community. Which laws must be prioritized? 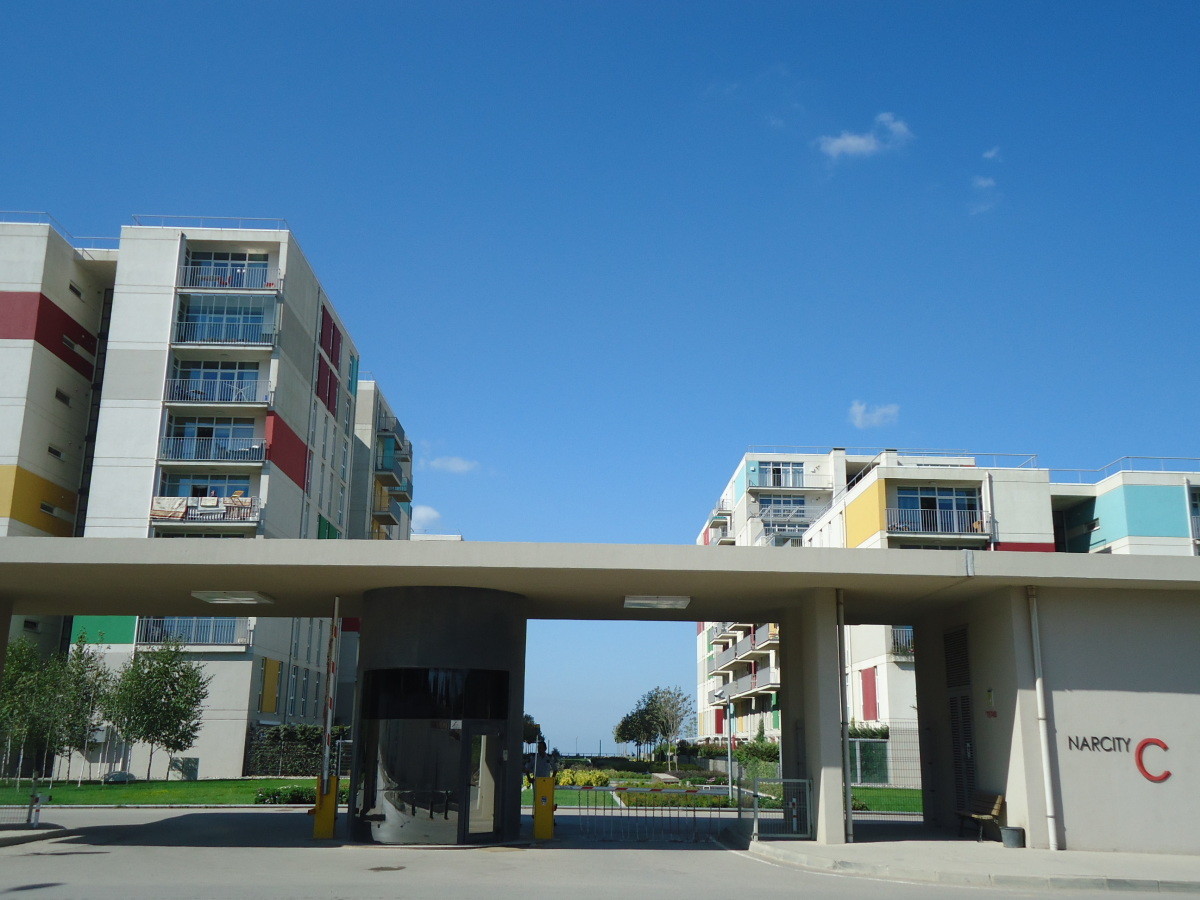 What relationships are established between the residents of the gated development and those in the rest of the city? Are these relationships limited to unequal relationships between employees and employer?

This is extremely varied and depends on the different types of gated communities. For example, in larger ones that have significant urban facilities and even health and education centers or shopping malls, many residents live an almost endogamous lifestyle, that is, most of their activities are carried out within the neighborhood and with the people that live within. They have very little contact with the “outside”. They are not aware of what is going on in other areas of the city and do not even use them.

There are other cases in which residents do not have many services within the gated community and they must then venture out to the open city for their school, work, social and recreational activities and, therefore, they do socially interact with people living in other places. In any case, it should be pointed out that depending on the size of the gated community, there may be cases of people who do go out of their private neighborhood, just to go to another gated community, or to visit a shopping mall, but not to use the open city. In general, social relations are mainly established between equals and that is mainly related to the socioeconomic level of citizens.

That is why, very often, relationships with people from other social groups only occur in hierarchal situations, for example, with security personnel, cleaning personnel, gardeners, builders, etc.

Could we sometimes come across the paradox that people belonging to the city’s government prefer to live in these gated communities? To what extent can the fact that a city’s authorities live in a gated community affect the governance of that city?

There are politicians or people who are in government, who live in gated communities. Anyone can decide where they want to live and that should not affect their work. I think it is important for people in government to prioritize public services and, therefore, understand that it is important for the open city to offer good quality urban facilities and infrastructure that are available to all citizens, regardless of where they live. If an open city is of good quality and offers good quality areas for recreation, services, work, and housing, then people will have fewer reasons to choose a private city.

How come gated communities have public spaces within their boundaries such as streets or parks but they are only for private use?

This is one of the main problems with gated communities. In general, urban developers should “donate” or “hand over” the streets to the municipality once the houses have been completed. That is, the streets and parks are public, but due to the enclosed perimeters, access to them and their use is restricted. Some people argue that this contravenes constitutional rules and it is a very complex issue to tackle. In a way it is a legal void. If there is a traffic accident and someone dies, who is responsible for handling this case? the municipality or the committee/government of the gated community?

In some cases, there are municipalities that have created ad hoc regulations to clarify this legal void and to clearly establish the legal responsibilities of different parties. In some cases, there are many problems relating to the access of emergency services such as ambulances, police or fire services, within the gated perimeter. These emergency services must follow the security protocols of the neighrbourhood, which really hinders their work. 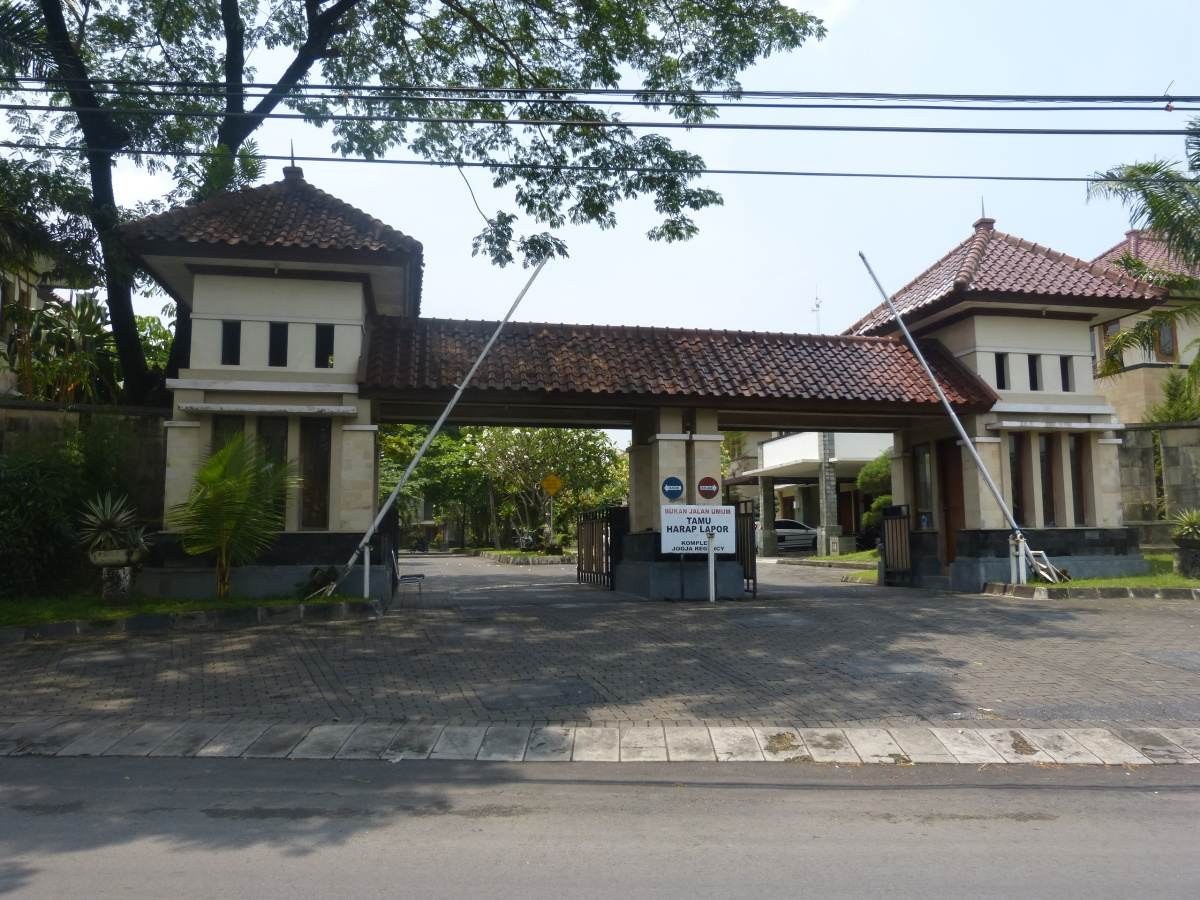 Do these gated communities benefit or hinder the city in any way?

Gated communities may benefit the families that live in them, by providing safety or quality recreational spaces. But they hinder the city and society in general because they privatize public spaces by restricting their use, they create obstacles in the city, they highlight social differences and they trigger a clear division between those who belong and those who do not and, essentially, they foster the idea that the private sphere is better than the public realm.

Not everyone has access to the private realm and that is discriminatory and not fair. We must build open, democratic and just cities that offer services, infrastructure and housing for everyone, without excluding people. We should praise diversity in the city as something that makes our lives richer. Differences should be considered as something positive and not something we want to avoid or protected ourselves from.

A gated community is easier to manage than a large city. Could they be the solution for the cities of the future or does the future of cities lie in open structures?

At a group community or social level, they represent more problems than solutions and I believe it is better to prioritize the development of quality open urban spaces, without any restrictions on access or use, where life is more egalitarian, and where social differences are a positive element that benefits cities rather than a threat.