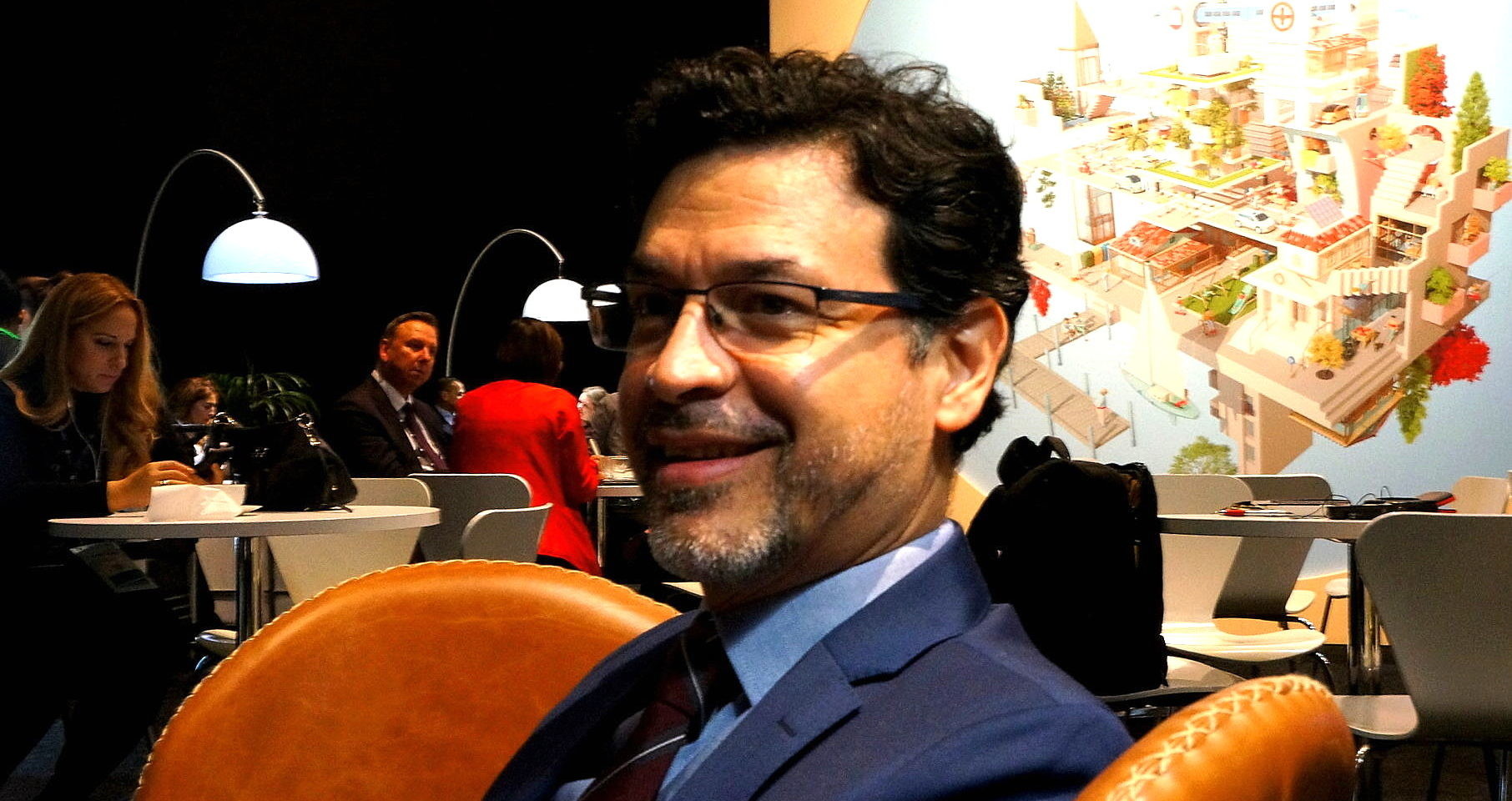 Elkin Velásquez is Director of UN-Habitat for Latin America and the Caribbean. With wide experience in the development of safer and more integrating cities, he spoke during the Smart City Expo World Congress 2019 about the resilience of Latin America and the important challenges that lie ahead.

Latin America is a much more diverse region than external observers tend to think. Is it fair to say that one cannot refer to universal solutions for its countries?

Latin America, if one looks at it in historical terms, is almost an imaginary European construction. And, of course, we have many things in common and many that are different. But there are also differences that can be represented through the simplest of urban planning.

For example, Spanish-speaking Latin America and Portuguese-speaking Latin America have different perspectives. The Spanish perspective follows a grid plan, with a logic that focuses almost on the security of the territory. The Portuguese logic, on the other hand, seeks to improve commerce through stalls and coastal human settlements, there is not a main square, rather a large number of properties and a vast commercial area.

Traditionally, older cities tend to follow a grid plan, while younger cities have more contemporary designs and more problems. In a sprawling city, which is less dense, the city was dominated by market forces, not by regulations imposed by a central or local power, but by an ex-ante vision of what a city should be like.

In the logic behind the pattern of a Latin American city, the expansion of these cities is characterised by low density housing and informality. There was a time when there was a very large number of poor people and they concentrated near places where there was work, but without necessarily having access to planned neighbourhoods, to decent and adequate housing. This led to a dual city, which effectively and in a segregated manner, combines the planned city of the rich and the informal city of the poor. This is a constant and one of the main challenges still present in Latin American cities.

In the logic behind the pattern of a Latin American city, expansion is characterised by low density housing and informality.

While Europe’s population is aging at an alarming rate, Latin America’s population pyramid is not so inverted. Is this an advantage or a disadvantage when planning the growth of its cities?

From an economic perspective, it would be easy to say that this is an advantage, since the population is younger, which correlates with economic growth and a more active population. But beware, because a good level of education is also needed to add value to a country’s economic activity.

At UN Habitat we are studying how Latin America has become urbanised. 80% of the population lives in cities, but productivity has not advanced on this continent. This did not happen in Latin America. We need to develop a better understanding of specific points in order to build the future.

In short, demographics are important, but not enough for sustainable urban development.

Medellín is an urban regeneration success story observed by other cities. Are there any other cases that could be highlighted?

Medellín is a success story worthy of mention. There have been strategic interventions with positive results at a specific time. Much still needs to be done. It cannot be taken as a model. It is important to note that, if things are done properly in a city, which was the most violent in the world in the space of half a generation, it can lead to radical and positive transformations for its people.

What is the ideal city? The ideal city does not exist. The ideal city is a city in which, at a specific time, a series of circumstances come together to carry out more interventions, with projects that lead to a positive transformation. I once asked the Mayor of Medellín how certain results had been achieved, and he said to me with a degree of modesty, that Medellín took on board the experiences of other cities. Porto Alegre, citizen participation; Curitiba, articulated transport planning; Quito, public spaces; Guayaquil, regeneration of spaces such as the Malecón; Bogota itself, everything it did in terms of citizen culture… They had collected experiences and built on what others had already built.

I believe what is interesting is to identify that many cities have had a series of programmes and initiatives which, if collected in a type of urban planning manual for Latin America, could bring about change in many other cities. One cannot forget what is being done in Cuenca, in some parts of Lima, in Peñalolén, in some parts of Buenos Aires, what Montevideo has done, some aspects of Cordoba… But none of that means they are model cities. It means that these cities, at a specific time, created something inspiring.

Medellín collected experiences and built on what others had already built

What would be the most important challenges that Latin American cities are facing at the moment?

With the crisis affecting a large part of the region, I think the main issue is inequality, exclusion, the fact that in the urban arena this is still being expressed in the form of socio-spatial exclusion. It is clear that tackling segregation problems is vitally important in terms of new urban planning. Urban planning involves forms, techniques. It is important that this is applied to all cities.

However, there are some issues that do not depend on the city. It is about building equality in terms of assets, in order to reduce the gap between the rich and the poor.

And what would be their strengths?

Latin America has a strength that never fails to amaze me, which is its level of creativity. Sometimes you find yourself in such complex situations that not even the best plan will help you get out of it, but there is a rapid response for enhancing resilience very quickly. This is not necessarily always going to be the case, but if you walk through Ciudad Juárez, this is a city that was able to turn a very complex situation around, in a very short period of time. There is a capacity for innovation and creativity for rapid solutions.

The second important point is that there is great wealth in terms of social capital. There are lots of networks, work groups, a great deal of family solidarity. The challenge is how to increase collaboration and build trust. I believe these are two absolutely essential aspects in Latin America and the Caribbean.

Latin America has a strength that never fails to amaze me, which is its level of creativity

In the past you have referred to the value of informal settlements. How can they be effectively integrated into cities? How can friction be avoided when introducing a population which, until now, has lived on the limits of society and does not have any advanced training, into countries in which industrialisation is going to require specialist training?

The problem is inequality. We are referring to inequality expressed in the territory, informal neighbourhoods. Traditionally, some sectors of society have seen improvement interventions in neighbourhoods as a matter of solidarity and dignity, and that is good, but when a previously excluded neighbourhood is integrated into the economic life of the city, what this does is reduce externalities.

The value is immense, not just economic. It is cultural, it concerns social capital, resilience and also the vision of a city. All this value lies in the work we can do in precarious neighbourhoods, which have been built directly by communities and which have the capacity to advance even without the help of the state or the organised civil society.

Normally interventions in precarious neighbourhoods also have a positive effect on coexistence, by reducing delinquency. Therefore, the value of helping these less advantaged families is immense.

Is there any project or projects in the region that you are particularly excited about?

Rather than one of the many and very innovative individual projects in the region, an extremely important aspect in Latin America is to finally have a support plan in place, which is the General Action Plan for the New Urban Agenda. All these global approaches that we have reduced to a regional level, have helped us to federate and connect the work of different networks. The Latin American Women and Habitat Network, the Network of Persons with Disabilities, the network of groups that work on citizen security, the Network of Smart Cities, the Climate Change Network…

What we are achieving is very important, generating exchanges, common dreams, in order to keep advancing. Even at a time of great complexity as we are experiencing now, if there is interdependence between the various networks, all going in the same direction, the short-term results will be extremely positive. 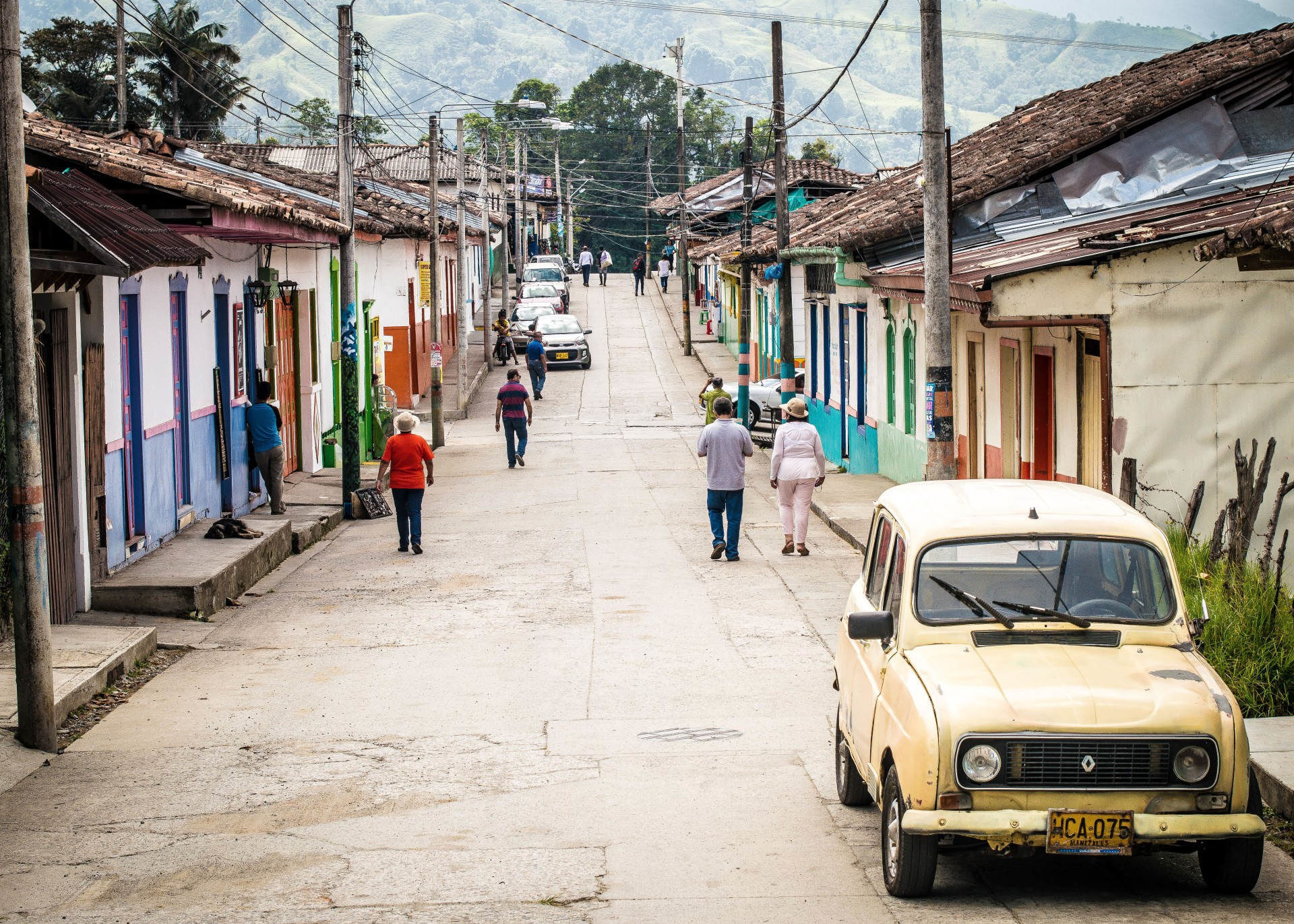