How can a smart city be planned? Until now, this rather tedious task was carried out without prior preparation, based on events that had occurred and external experiences. But a more efficient mathematical approach can also be used. Arthur is an algorithm created by the Spanish studio 300.000 Km/s to improve the habitability of cities and optimise urban planning interventions, which works by collecting citizens’ opinions of the environment in which they live.

When it comes to planning a city, public Administrations and technicians turn to urban planning. This discipline uses diverse parameters related to human settlements, the particular features of the land, municipal regulations and other more or less objective data. However, some of these ideas, devised in offices located far from the sites on which they are going to be implemented, do not necessarily meet the requirements or tastes of the people that live or will live in these places. 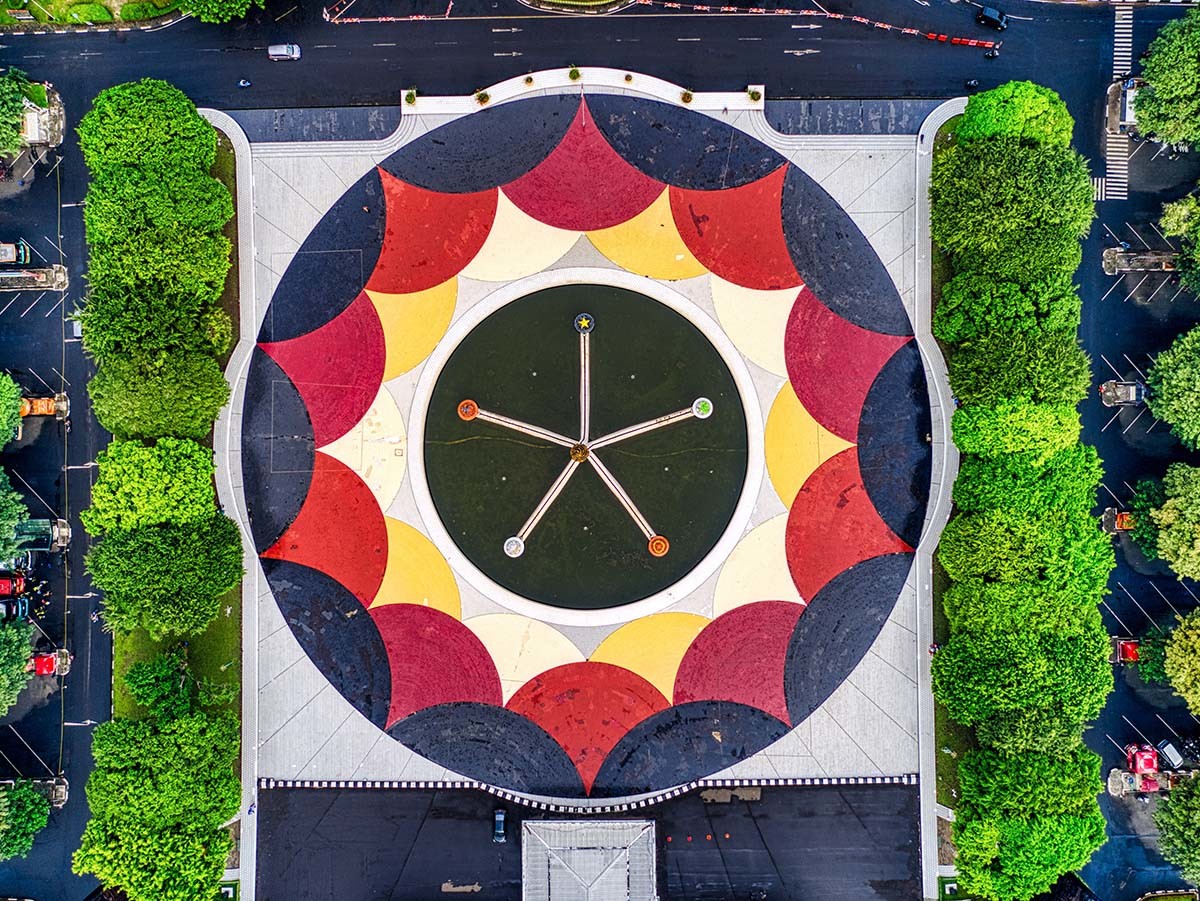 Therefore, those responsible for designing urban settings, have started to incorporate a criterion into city planning which, although more subjective and unpredictable, is more closely in tune with citizens’ requirements: habitability.

Although it is not easy to define “habitability”, it is possible to determine some characteristics such as that it must be inclusive in order to accommodate all citizens or it must be fair, offering equal opportunities and paying close attention to more socially disadvantaged people. Furthermore, it must be environmentally-friendly in order to guarantee not only the city’s existence, but also that of its areas of influence.

However, the fact that habitability depends on the perception of inhabitants, makes it very difficult to give just a single answer to apparently simple questions. For example: What makes a particular street more appealing to live in than another? 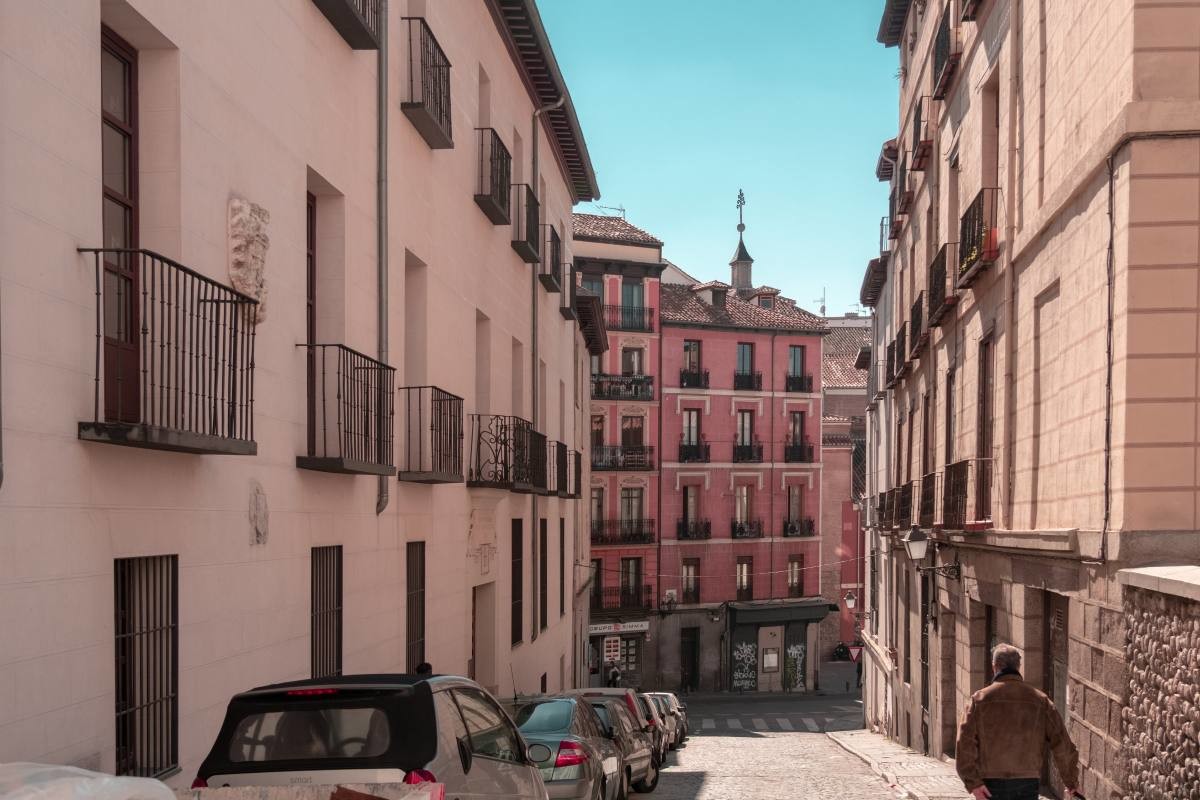 Being aware of the need to define these details, back in the ‘50s and ‘60s, French situationists implemented what they called “drifts”. Different people would wander along randomly selected urban areas recording their routes on a map and the results were then shared with all the participants. These “drifts” led to what Guy Debord called psychogeography, a concept that seeks to determine the effects of urban geography on the emotions and behaviours of individuals.

This idea, thought up by the situationists, is the one which, more than three decades later, has inspired Arturo, an artificial intelligence project, which, based on citizen perceptions of the environments in which they live, aims to create more habitable cities, in accordance with human requirements and to help Administrations optimise aspects such as population density, public space requirements in neighbourhoods or infrastructures that need to be built in these.

What is Algorithm Arturo?

Arturo is named after Arturo Soria, a prominent Spanish urban planner and constructor during the end of the 19th century, whose idea of the Linear City revolutionised the world of urban planning, thanks to his commitment to green areas and wide avenues flanked by single-family homes.

According to the 300.000 K/s website, “Arturo is an automated learning algorithm designed to establish which urban planning conditions make our cities more liveable in order to then be able to assist technicians and administrations”. While the opinion of just one citizen may be arbitrary, they explain, “if thousands of them are combined, we can build a precise idea about what habitability actually is. And, with all this information, we will be able to train an algorithm to classify the different urban planning parameters and their combinations based on the habitability they generate”.

To train Arturo, its creators have developed a questionnaire, which can be completed by anyone wishing to take part in the project. People simply have to access and answer a few general questions regarding age, gender or whether the person lives in Madrid (there is also a profile for foreign users). If the answer is affirmative, the neighbourhood has to be established and then users can access the actual questionnaire, where they will decide which of the two photographs that appear in each round illustrate, in their opinion, the most habitable setting.

The images that are shown include streets located in city centres, avenues on the outskirts, industrial estates, green areas or commercial areas. Each photograph has up to fifty associated urban planning parameters, such as the constructed density, land use, the geometry of the buildings, the age thereof and other values, which include the width of the streets, the hierarchy within the urban configuration, ground level business activities and demographic details of the place.

Thanks to users’ votes, Arturo learns how to differentiate between the characteristics of streets deemed to be the most habitable and, based on this information; it classifies the rest of the city’s streets that were not highly regarded. Lastly, he extrapolates that criterion to the rest of the city.

Urban planning to be developed

Arturo’s initial results were presented at the end of 2018 as part of the #Imperdible03 festival by the Cotec Foundation, the organisation that supports the initiative. At the time of the event, Arturo had received more than 70,000 responses from three thousand people who determined, among others, that the most habitable neighbourhood in Madrid was the University neighbourhood, commonly known as Malasaña. 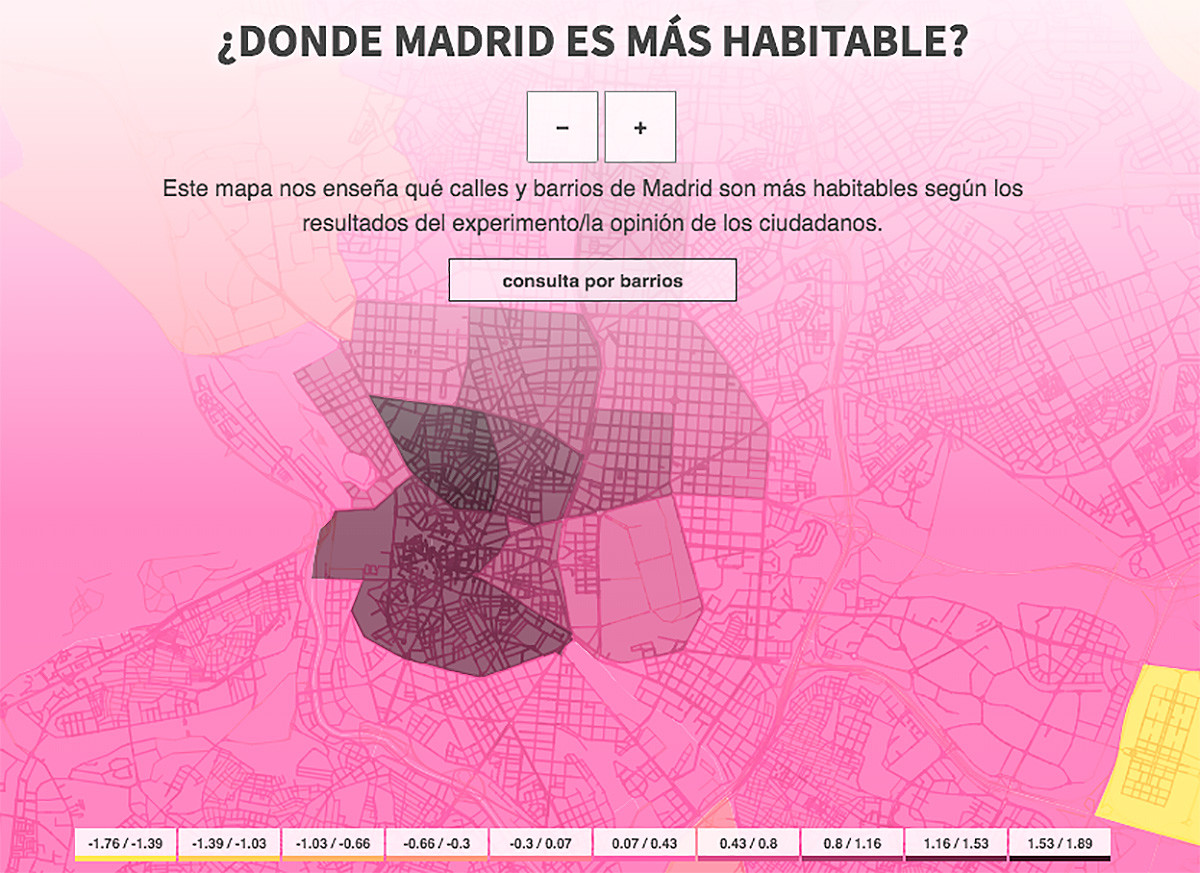 A few months after #Imperdible03, Arturo’s training figures have increased, reaching around twenty thousand responses and four thousand participants. A number that is expected to continue to rise, since it is only the active participation of citizens that will enable cities’ real requirements to be defined and which will subsequently help to determine the urban planning actions that need to be carried out by the Administrations.

However, it is not only public entities that have access to the information generated by Arturo. Those responsible for 300.000 K/s have followed the recommendations of Global Pulse, the United Nations pulse laboratory, which establishes that the results of these types of collaborative projects should be public and accessible to all stakeholders. If Arturo’s learning is the result of collaborative efforts, it is only fair that the entire community can benefit from these results and that they are accessible, either for personal use or to be applied to other initiatives.