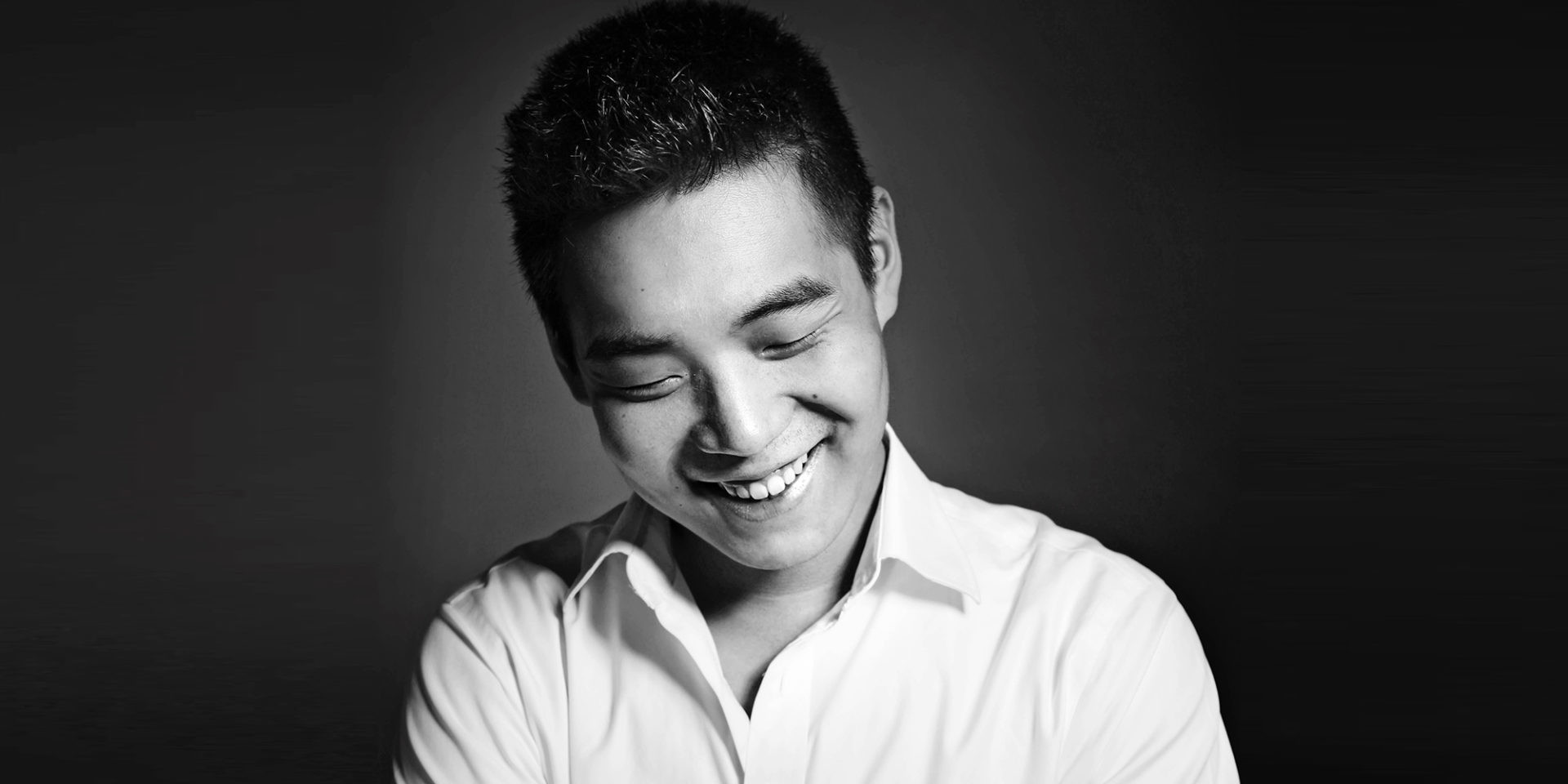 Paul Duan is the person behind Bayes Impact, an NGO that uses Big Data and Artificial Intelligence to resolve social problems. One of its objectives is to create citizen-led public services, in collaboration with governments and thanks to technology.

Bob, an employment search tool created in coordination with the French government, is one of its main projects. The platform expedites personalised advice, thanks to artificial intelligence, and has guided in less than 3 years over 200,000 French citizens in their search for work, with a team of only 9 people.

Paul Duan’s work has been recognised by the Bill and Melinda Gates Foundation, Google.org, Forbes Magazine and MIT Technology Review, which included him in the list of ‘Innovators under 35’ in 2018. We talked to him about his project and the importance of technology in the future of public services and cities.

What is Bayes Impact’s main objective?

Our mission is to create a new generation of public services. We use technology to identify problems and to find solutions. We have worked in various fields, from health, in order to improve the treatment received by patients in hospitals, to unemployment. We do a great deal of work in collaboration with NGOs and governments to implement the solutions we have created.

Bayes Impact is, in fact, an NGO. Why did you choose this path?

For two reasons. Firstly, because we believe technology has the capacity to empower people, but unfortunately a large part of the industry has not focused on resolving problems that affect society as a whole. As an NGO, we have the freedom to seek solutions to the problems that we consider to be of utmost importance for society and not just to be guided by the most practical solutions.

The second reason is that we have noticed that, if you want to have a social impact, you need to work together with governments. This is very important for us. When we say that we want to create a new generation of public services, it is because we want them to continue being public. We want everything to be open code, free, so they belong to the people and not to investors or to risk capital.

What exactly do you mean by citizen-led public services?

A vast number of citizens want to have a positive impact on their surroundings and resolve the social problems they are aware of. However, for them it is difficult to obtain the money required and to implement the solutions through private businesses. They also find it hard to get help from governments, because they see them as individual citizens. Hence the need to create a halfway point: an organisation that can collaborate with governments, but whose power comes from outside, from the private sector. 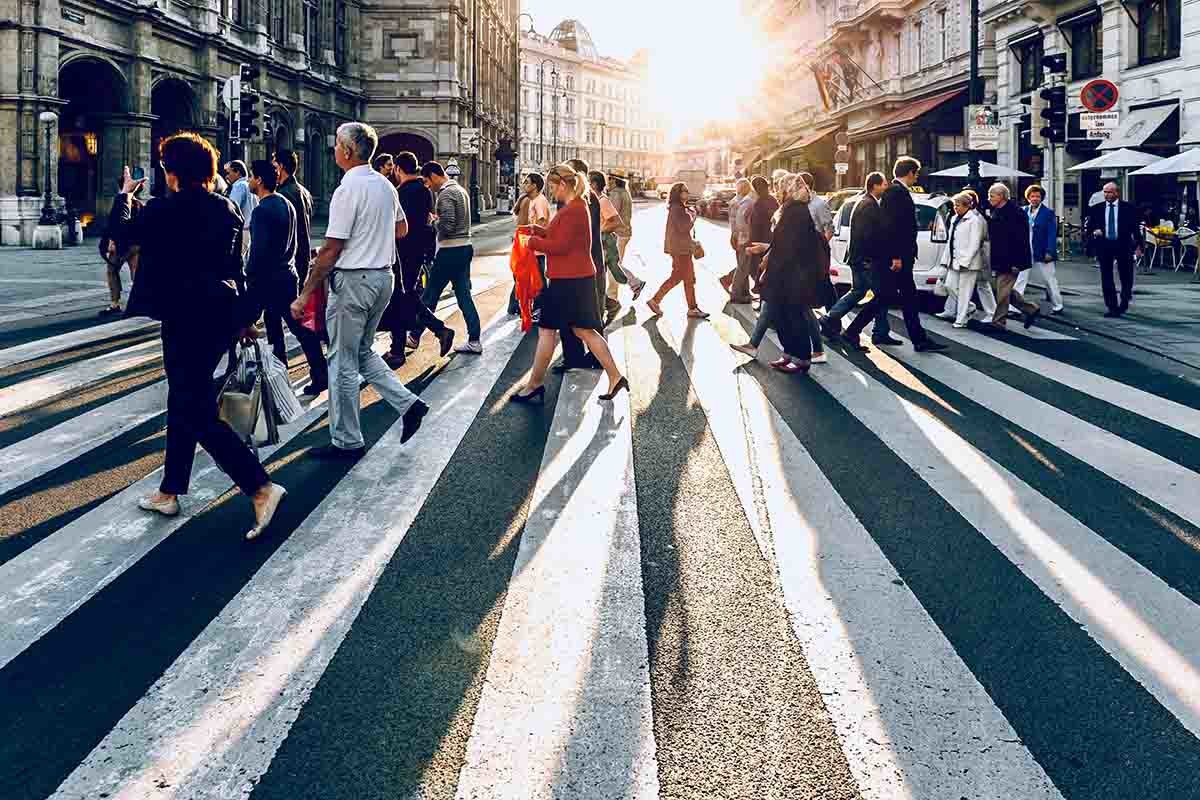 How do you identify social problems?

At Bayes Impact, we have a laboratory where we explore new project ideas. Our main aim is to have a large-scale positive impact. We try to identify areas in which we can have the greatest impact and, within these areas, we identify where it would make more sense to develop a technological solution.

We use a list of criteria and a kind of formula: if the problem is significant, we can create a solution that helps people and also use technology to have an impact on each individual, then it is a good project for Bayes Impact.

And how can citizens help to identify them?

We believe we should trust in the power of the multitude. This idea is what made Silicon Valley strong. There are so many people with the capacity to develop a creative approach to problems and with the freedom to analyse the problems that surround them. In fact, many technology companies have been founded by someone who was capable of identifying a small problem and proposing a creative solution.

This is a complementary approach to administrations’ traditional way of working. Normally, when governments identify a problem, they create a plan to resolve it and they start from top to bottom, creating huge national programmes. But often these are not exactly aimed at the problem. They are extremely centralised programmes, which often lack the perspective of the people themselves.

The idea of these public services directed by citizens is to enable people to identify solutions. Some solutions may work and others may not, but what is nice about this idea is that an innovative environment can be created in which new ideas are generated.

What are the main problems of public services, as we know them today?

The main problem, as we see it, is that they are not personalised enough. They have a single approach, in which one service is offered for all of them and this is not enough. We need more flexible and personalised services, particularly if we take into account that the world is changing rapidly and people need a growing number of new and different services.

People also have more expectations with regard to the quality of services they receive. Internet and new platforms are getting people used to having much faster responses and when they feel that the government is not providing them with what they need, this generates a degree of frustration. This is a problem because it generates a disconnection between the urgency demanded by the people and the way in which governments act, offering slower responses. A clear example is what is happening with environmental demands and climate change.

What do you consider an inclusive society or city to be?

I don’t have a definitive answer to this question, but I believe cities should have an important role to play in terms of creating inclusive solutions. It is important to see cities as places in which people can meet other people, create human connections. It is something in which city governments, central administrations and digital platforms, together, have a great deal to say.

“Cities can also be innovation laboratories”

Cities also have a fundamental role in terms of the environment. If you want to changes peoples’ lives, you have to create green cities, with sustainable mobility options, cities that change the behaviour of their citizens. Cities can be innovation laboratories and if you find an idea that works, then it can be scaled and generalised with central governments.

Bayes Impact’s first large project was Bob Initiative. Could you explain what this is about?

It wasn’t our first project, but it was the largest, and the one that we really emphasized. The idea behind Bob is quite simple: we wanted to find a solution to help unemployed people. The traditional way of doing so is by offering individual projects, providing the right assistance, guidance and advice at the right moment. This is not scalable for everyone, because it would be very expensive to offer this service for every person looking for work. And it would also risk leaving people behind.

People like you and I are where we are today thanks, possibly, to the opportunities we have been given, the support we have received and the people that gave us advice when we needed it. People that do not have this, run the risk of getting left behind.

The main idea of Bob is to use artificial intelligence to create a digital version of an employment counsellor that can help those that need guidance. Bob has enabled us to help and guide over 200,000 people in France, working together with public employment services.

The idea is not to replace the human factor, but to help empower unemployed people with the information they need and therefore expand the work of human counsellors. On the one hand, it helps people and, on the other, it saves time and resources. 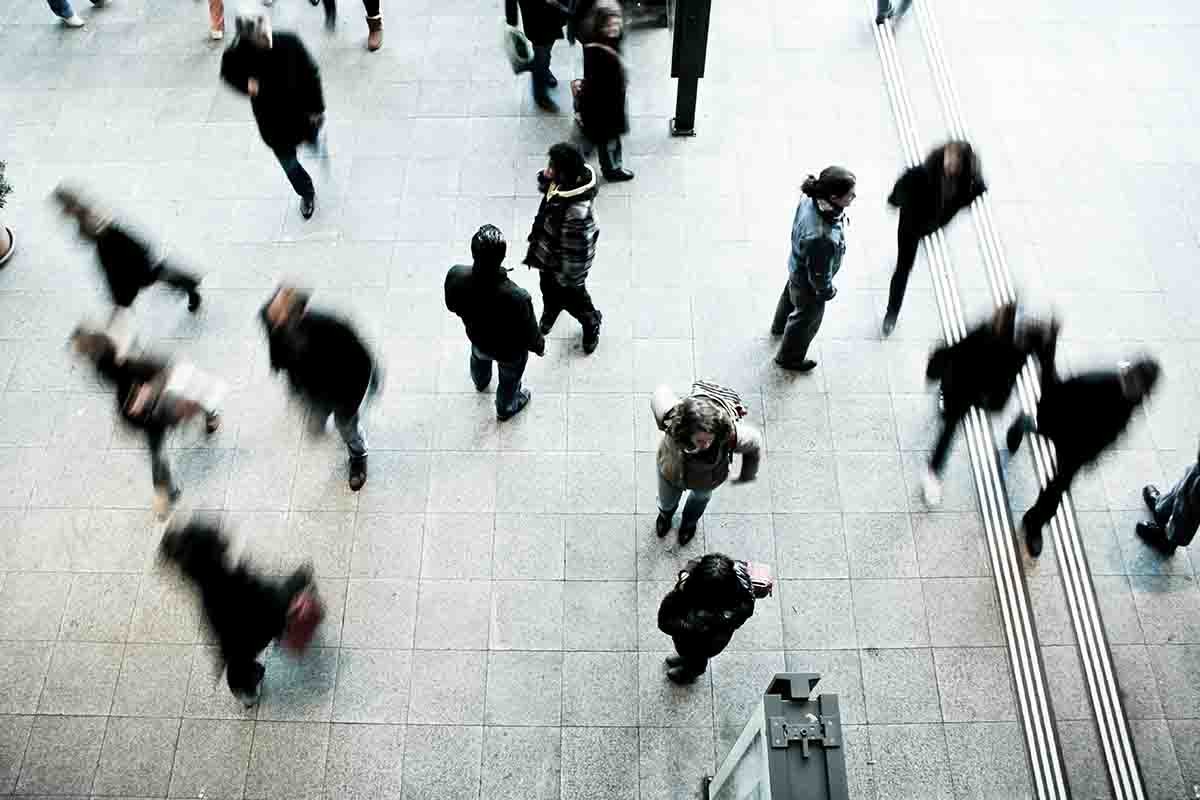 This was one of our first projects, and it was based on microfinances. We did it with a non-profit organisation called Zidisha, which grants micro loans to people in developing countries and, in particular, in Ghana. One of the main problems of microloans is that they tend to be very expensive. They require a great deal on-site infrastructure to assess each application and the inherent risks.

What we do with Zidisha is use an algorithm capable of predicting the risks of each microloan and facilitate the application process, reducing costs, above all, for the person receiving the money. We reduce the need for onsite people, which is very important in countries with limited infrastructures.

Your initial projects were more closely related to cities, in what way?

Our first projects were in California because we were in Silicon Valley. We started working with San Francisco. First with its emergency department to optimise routes and the way in which the ambulance service worked; in a clear example of how to use algorithms to improve the way in which a city works.

The second project was with the California Department of Justice to control the use of force by the law enforcement agencies. The aim was to reduce the use of violence by the police via a tool we created called URSUS. Today it is used by over 800 police stations to monitor the use of force by agents.

Returning to the challenges of cities, earlier you mentioned the environmental challenge. Do you have any projects in mind in this regard?

It is one of our main lines of research, but we have not implemented any yet.

You left Silicon Valley because you wanted to use technology to solve social problems. Do you think you have achieved this through Bayes Impact?

In California we managed to tackle the issue of police violence with transparency. In France, Bob has helped optimise the employment system. When we began with Bayes Impact, people though we were mad. How could we leave Silicon Valley, move away from the best programmers and highest salaries and manage to do something by resolving social problems. But we still have a long way to go.

Our ambition is to create technological solutions and public services directed by specific citizens in a whole host of territories and countries. When you work with social issues, you need to prioritise initiatives and this can be very frustrating. But we believe Bayes Impact is a mission for life and that, in the future, we will have a new generation of services created by citizens, with the support and sufficient resources to change things. 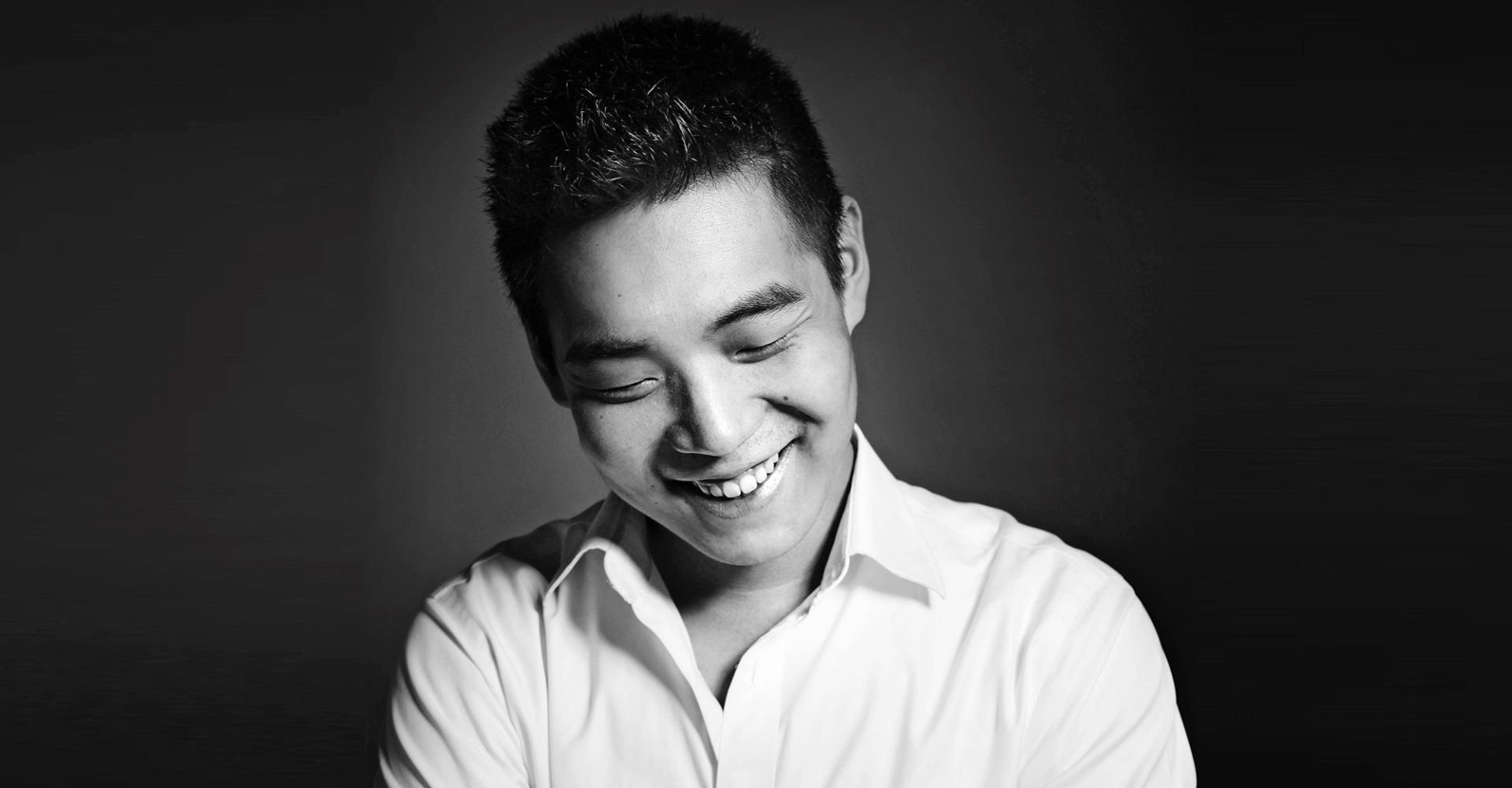